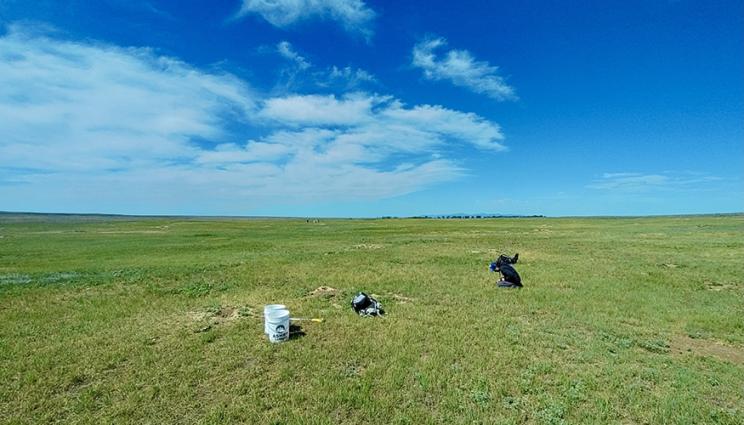 Research reveals where carbon storage in soils has the most potential

Soil is the largest terrestrial reservoir of organic carbon and is central for climate change mitigation and adaptation. Mineral-organic associations play a critical role in soil carbon preservation, but the global capacity for storage in this form has never been quantified.

New research from Lawrence Livermore National Laboratory (LLNL) and an international team of collaborators addresses this gap by producing the first spatially-resolved global estimates of mineral-associated carbon and the carbon-storage capacity of soil minerals.

The research — led by LLNL Lawrence fellow Katerina Georgiou, and appearing in Nature Communications — gathered measurements from 1,144 globally-distributed soil profiles to better understand the role of climate and management on driving current mineral-associated carbon stocks and the departure of soils from their mineralogical capacity.

The study found that regions under agricultural management and deeper soil layers contain the largest undersaturation of mineral-associated carbon; the degree of undersaturation can help inform sequestration efficiency over years to decades.

The team showed that across 103 carbon accrual measurements spanning management interventions globally, soils furthest from their mineralogical capacity are more effective at accruing carbon. Sequestration rates average three times higher in soils at one tenth of their capacity compared to soils at one half of their capacity.

Soil organic carbon is an integral component of terrestrial ecosystems and plays an important role in ecosystem resilience and productivity. Over the last two centuries, human land-use and land-cover change have resulted in a significant net loss of soil carbon.

“Our findings provide insights into the world’s soils, their capacity to store carbon and priority regions and actions for soil carbon management,” she added.

Georgiou’s research was funded by the LLNL Lawrence Fellowship, through the Laboratory Directed Research and Development program.