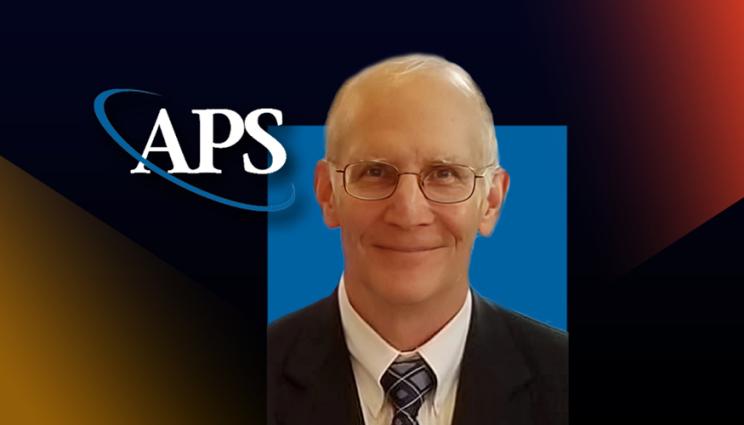 Since 1987, the award — the highest offered by APS in shock-compression science — has biennially recognized contributions to understanding condensed matter and non-linear physics through shock compression. Remington will receive a plaque citing his accomplishments at an upcoming APS meeting.

Remington said that early on, there was some level of skepticism in the community that researchers could create the relevant conditions, diagnose them adequately, control the levels of preheat and radiation background and ultimately understand the results obtained for good materials science experiments.

“To address these challenges, we early on partnered with the international academic community and our fellow national laboratories in the U.S. and abroad to develop the required diagnostics, techniques and understanding of our experiments,” he said. “This award suggests to me that our high-energy-density science (HEDS) focus area has matured to the level that it is accepted and now highlighted for recognition by the broader shock physics community. This is a rewarding milestone for our HEDS community.”

He did a two-year postdoctoral appointment in nuclear physics at LLNL, then joined the Laser Program (now the National Ignition Facility [NIF] and Photon Science Directorate) at LLNL in 1988. Since 1988, he has been a staff physicist in the Inertial Confinement Fusion (ICF) Program followed by the High Energy Density Science Program. He has been the NIF Discovery Science Program leader since 2014. He is best known for his work in HED laboratory astrophysics, where he founded the High Energy Density Laboratory Astrophysics conference series in 1996 to foster this new science focus area. His areas of focus also include HED materials science, studying solid-state material dynamics at very high pressures and strain rates, relevant to impact dynamics, planetary formation dynamics and novel concepts for ICF.

Remington pioneered the use of high energy lasers to study Rayleigh-Taylor driven plastic flows at high pressures, strains and strain rates. He is author or coauthor on more than 400 publications and is a recipient of the Dawson award for his work on ablation-front Rayleigh-Taylor flow instabilities, and the Edward Teller Medal in 2011 for “pioneering research and leadership in inertial fusion sciences and HED applications.” He also is an APS fellow.