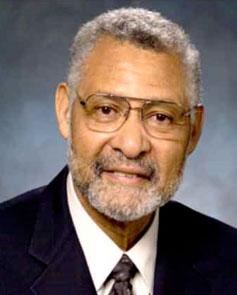 Reed elected to executive board of the International Council for Science

Lab Physicist Kennedy Reed was elected to the executive board of the International Council for Science (ICSU).

ICSU is a non-governmental organization with a global membership of national scientific bodies (such as national scientific academies) representing 141 countries, and 30 International Scientific Unions. Reed was elected at the 30th ICSU General Assembly, which was held in Rome on Sept. 24-Oct 1.

ICSU's mission is to strengthen international science for the benefit of society by focusing on international research collaboration, science policy and the universality of science. It has become a major institution representing science in many international policy issues -- especially in the United Nations system. The President of the Italian Republic, Giorgio Napolitano, was a special guest at the opening ceremony of the general assembly.

Reed was one of eight members elected to the executive board out of a field of 24 nominees from a broad range of scientific disciplines and nationalities.

Reed has been vice chair of the American Physical Society's Committee on International Scientific Affairs and currently chairs the International Union of Pure and Applied Physics (IUPAP) Commission on Physics for Development, but he expects that serving on ICSU's executive board will be a new type of experience since ICSU is a much larger and multi-disciplinary scientific organization. He is particularly interested in ICSU's initiatives connected with science in developing regions of the world, and has agreed to serve as the board's liaison to the ICSU Regional Office for Africa in Pretoria, South Africa.

In addition to other international scientific work, Reed has been a visiting scientist at the Hahn-Meitner Institute in Berlin and at University College London, as well as at universities in the west African countries of Senegal and Ghana. He received the American Physical Society's John Wheatley Award for his contributions to physics research and education in Africa.

Earlier this year, Reed was awarded the distinction of American Association for the Advancement of Science (AAAS) fellow in recognition of his work in atomic physics, and his successful efforts to increase minority participation in the physical sciences in the United States and Africa.