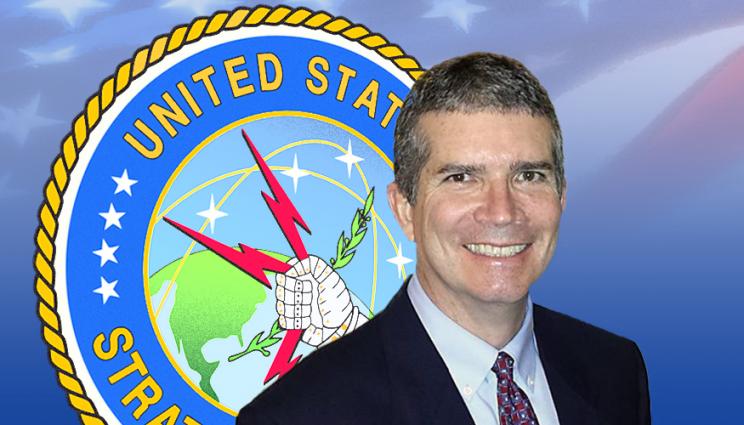 Daryl Boyer, a Lawrence Livermore National Laboratory engineer, is on assignment to the Global Strike Capabilities Division of the U.S. Strategic Command (STRATCOM) as part of a team to provide technical and programmatic expertise related to the nation’s nuclear deterrent.

When Daryl Boyer was asked to lend his technical expertise to help shape the future of the U.S. nuclear deterrent, he knew it meant relocating to Omaha, Nebraska, without his parents and children. But the challenge called him and the timing was right. He acted decisively.

Boyer is an LLNL engineer on assignment to the Global Strike Capabilities Division of the U.S. Strategic Command (STRATCOM). The team Boyer supports is responsible for providing technical and programmatic expertise related to the nation’s nuclear deterrent. The team also provides key input to an annual requirements document that could help shape the next 25 years of national defense.

Since the early 1990s, hundreds of LLNL scientists and engineers have accepted offsite assignments  – often referred to as IPAs (Intergovernmental Personnel Agreements) – providing technical support to some of the organizations that sponsor research at LLNL. It’s a setup that Boyer considers a "win-win-win" situation.

"There is an advantage to the Lab and to STRATCOM to have embedded technical expertise and reach-back, and certainly with the person on assignment," Boyer said. "You gain a new perspective on the work that you’ve done in the past, and at the end of the day, you get to take that back with you."

Boyer brings a unique breadth of experience to this new role, having worked on both the design and production ends of the NNSA’s primary Stockpile Stewardship mission. He joins a team that includes technical experts from Los Alamos and Sandia national labs, sister labs that sometimes play the role of competitive siblings -- commonly reviewing each other’s research to point out flaws. But Boyer quickly notes how their shared sense of mission unifies the team.

"This is a very collaborative environment," Boyer said. "Nobody is trying to push an agenda or gain an advantage. We’re all interested in what makes sense for the nation."

Flanking these researchers in the office are active and retired military officers, including a retired one-star general who sits next to Boyer. Working shoulder-to-shoulder, they quickly formed a close mentor-mentee relationship.

"You can’t sit next to someone like that and not learn a lot," Boyer said. "He’s very gracious with his approach and a great mentor, and he’s close enough for a high five."

In fact, the most recent high five came a couple weeks ago when the team completed work on a key planning document. The sense of purpose is rich in Boyer’s voice as he describes moments like this. But while this assignment has been ripe with growth, it has also been accompanied by sacrifice.

"The things that make you sigh are family considerations," Boyer said. "On the positive end, my wife and I were able to make this move together. But we’ve got parents and children back home. You go from being able to see them on short notice, whenever you want to, to having to make plans for a visit.

"But we immediately got to know our neighbors, made friends and got involved in the local church," he said. "We decided to dive in and act like we’ve been living here for awhile. And it’s helped a lot. I can already tell when the assignment is complete, there are people here we will miss very much.

"I’ve only been here a short time, but I can certainly tell you I would do it again," he said. "I’m making new friends and gaining a new perspective on the work I’ve done for so many years. I’m going to look back on this short chapter of my life with a smile on my face."