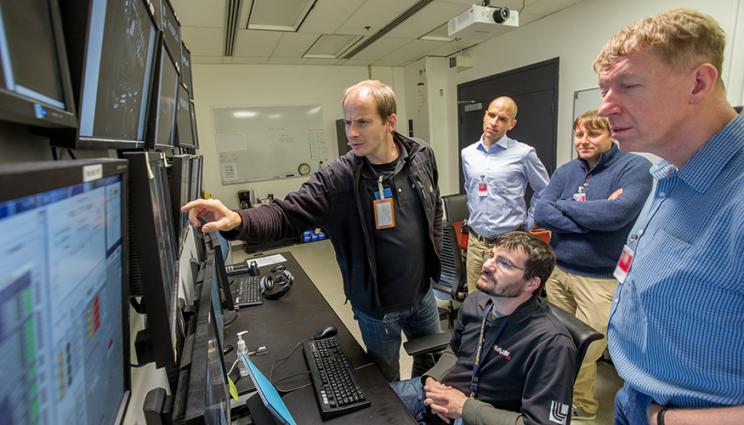 The High-Repetition-Rate Advanced Petawatt Laser System (HAPLS) under construction at LLNL recently achieved a key average power milestone more than two months ahead of schedule, and is now moving into the next phase in its development.

The HAPLS high-energy diode-pumped solid-state pump laser, firing at a repetition rate of 3.3 Hz (3.3 shots per second), achieved 70 joules of infrared (1,053-nanometer) energy and 39 joules of green (527-nm) energy. Completion of this average-power milestone marks another major step in the HAPLS commissioning plan: the beginning of the integration of the pump laser with the HAPLS high-energy short-pulse beamline. 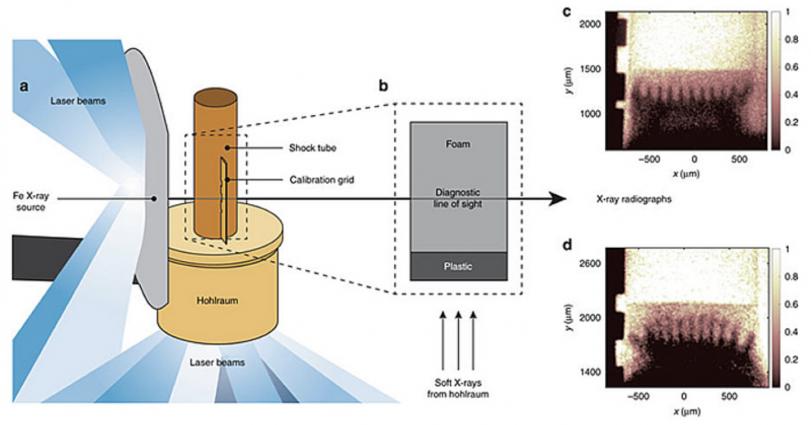 "Ramping the pump laser to this intermediary performance level was an important step for HAPLS," said Constantin Haefner, program director for Advanced Photon Technologies. "For the first time we ran the pump laser at significant energy and average power levels, meeting and exceeding the required goals for this milestone. This accomplishment required a huge team effort and the team worked extremely hard to make this happen.

"We are taking a risk-balanced approach in ramping HAPLS to its full performance. The data we collected confirmed our performance models and gave the green light to start integration with the short-pulse beamline before ramping to even higher power levels."

Representatives from the European Union’s Extreme Light Infrastructure Beamlines (ELI-Beamlines) facility in the Czech Republic, where HAPLS will be installed, attended the demonstration. "We are delighted to see the HAPLS pump laser work with a performance exceeding the project expectations for this phase, and achieve this important milestone on budget and ahead of schedule," said ELI Beamlines Chief Laser Scientist Bedrich Rus. "The partnership with LLNL has been a tremendously successful story, and this demonstration shows the robustness of the underlying design and technology. The L3 (HAPLS) beamline will be an ELI Beamlines’ user facility workhorse."

HAPLS is designed to reach a peak power exceeding one petawatt at a repetition rate of 10 times per second to deliver intensities on target up to 1023 watts per square centimeter. Achieving this intensity would open up entirely new areas of laser–matter investigation, enable new applications of laser-driven X rays and particles, and for the first time allow researchers to study laser interactions with the sea of virtual particles that comprise a vacuum. 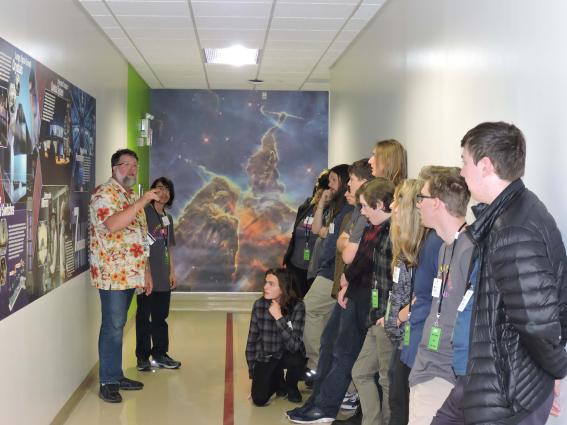 "The reason for the phased approach," said Systems Architect and Commissioning Manager Andy Bayramian, "is that we operate the laser at the intermediate performance level, learn how to operate it, identify operational challenges and input-data errors if they exist, and once we have gained operational experience, then we ramp it to its full performance."

The engineering of the HAPLS laser combines many disciplines to produce a high-quality design. Electrical, mechanical, optical, precision, controls, vacuum and infrastructure engineering teams have contributed to deliver the required components for a fully functional laser.

HAPLS is designed to allow for future upgrades and scaling to even higher energies and repetition rates, which will ensure the longevity and scientific competitiveness of the ELI Beamlines facility.

The system’s pulses will be used to generate extremely bright and short X-ray pulses for imaging cells and proteins at unprecedented spatial and temporal resolution. Another application is generating bunches of protons or ions for medical therapy and materials science research. Scientists also will study the interaction of intense laser light with matter to improve understanding of high energy density science.