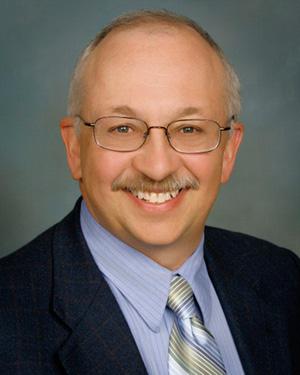 The Sandia Corp. board of directors announced Thursday the appointment of Paul Hommert as president of Sandia Corp. and director of Sandia National Laboratories, effective July 9.

Hommert, currently Sandia's executive vice-president and deputy laboratories director for the nuclear weapons program, will succeed Thomas Hunter, who has announced his decision to retire.

"I am pleased to announce the selection of Paul Hommert as the next laboratories director at Sandia," said Marillyn Hewson, chairman of the Sandia Corp.'s board of directors and executive vice president of Lockheed Martin Corp.'s Electronic Systems business area. "Paul brings to his new assignment an exceptional record of leadership and achievement, backed by nearly 34 years of diverse nuclear weapons and national security experience. He is uniquely qualified to lead the labs into the future."

Hommert began his career with Sandia in 1976 and currently leads Sandia's nuclear weapons programs. In this role, Hommert manages more than 3,000 staff members and is responsible for the oversight of engineering support and design for the U.S. nuclear weapons stockpile. Hommert also served as vice president of Sandia's California Laboratory and led Sandia's homeland security and defense strategies.

Hommert's career spans multiple institutions. He worked at Los Alamos National Laboratory from 2003 to 2006, where he led the Applied Physics Division (known within the nuclear weapons community as "X" division). Hommert also worked for three years as the director of research and applied science at the United Kingdom's Atomic Weapons Establishment, which provides and maintains that nation's nuclear deterrent.

"Sandia has always been a leader in national security, innovation, and science and technology," Hommert said. "I now have the honor of leading some of the finest engineering and scientific talent in the most important and sensitive national security challenges you can imagine. It's a responsibility I relish, and one I am proud to undertake."

LLNL Director George Miller thanked Hunter for his years of service and contributions to the NNSA/DOE enterprise. "I want to congratulate Tom Hunter on his 42 years of service to the nation at Sandia National Laboratories. Tom has been a great friend of Lawrence Livermore National Laboratory, and his leadership will be deeply missed — not only at Sandia, but throughout the NNSA complex. It has been our honor to work with Tom and we wish him the very best in his future endeavors," Miller said. "We also have had a long and fruitful partnership with Paul Hommert in the wide variety of positions he has held at Sandia and look forward to continuing to expand our partnership and collaboration under his leadership."

Hunter was recently asked by Energy Secretary Steven Chu to assist in coordinating the effort across the Department of Energy's national laboratories to support BP's response to the oil leak in the Gulf of Mexico. Hunter has played a key role in assisting with those efforts and will continue to advise the federal and industry scientists and engineers engaged in this critical activity.