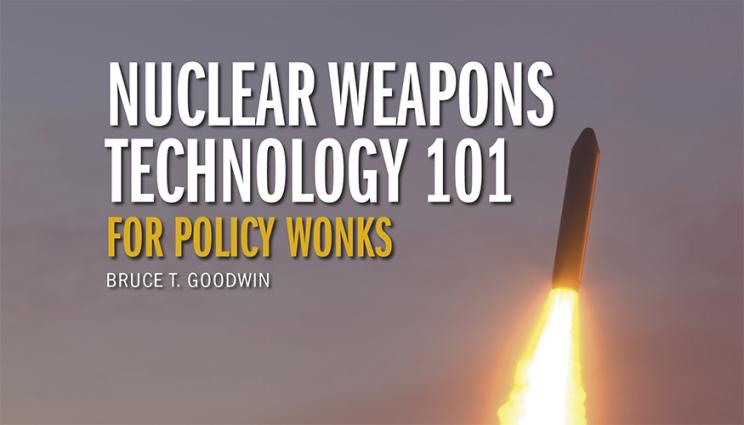 Nuclear weapons technology for a new generation of policymakers

Policymaking for nuclear security requires a strong grasp of the associated technical matters. That grasp came naturally in the early decades of the nuclear era, when scientists and engineers were deeply engaged in policymaking.

Yet in the last few decades, the scientists and engineers who conceived, built and executed the programs that created the existing U.S. nuclear deterrent faded into history along with the long-term competition with the Soviet Union for technical improvements. Consequently, the technical community has played a narrower role — one that has generally been limited to implementing policies made by others.

“In working with new political scientists, who will be carrying deterrence policy for the U.S. forward, I realized that they needed a better understanding of the technologies underlying nuclear deterrence,” he says.

“I therefore set about to introduce a new generation of nuclear policy experts to the technical perspectives of a nuclear weapons designer (me). The particular technology of nuclear weapons impacts many things that bear on policy, so sustaining the deterrent depends upon the unique technologies of the weapons themselves.”

As a result, understanding the technical aspects that the weapons enterprise must meet to sustain the deterrent is essential to developing sound nuclear policy, Goodwin believes.

Written for those without a background or vocabulary in science, technology, engineering or mathematics, “Nuclear Weapons Technology 101 for Policy Wonks” covers the:

Finally, the publication shows how all of the above aspects integrate to sustain future deterrence.

In addition to its availability for download at the CGSR website, the paper is being widely distributed to the policymaking community and general public alike, with copies also being available to visitors at the LLNL National Security Vault.

“I hope that this primer will be successful in accomplishing these goals,” Goodwin says.