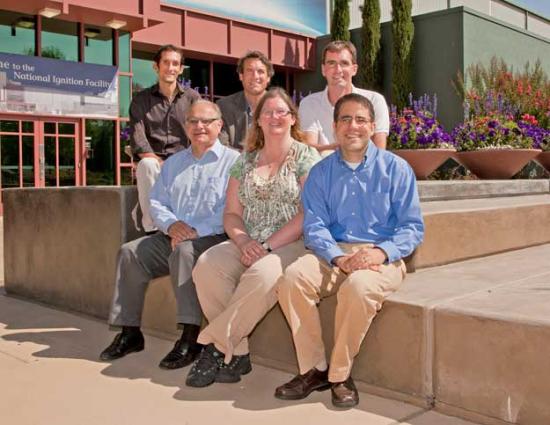 A far-reaching discovery about laser-matter interaction with important implications for the National Ignition Facility (NIF) has led to the selection of a team of researchers named recipients of the 2012 John Dawson Award for Excellence in Plasma Physics Research.

Their accomplishment had its genesis in the late 1990s, when physicists noted that laser beams crossing each other's paths in a plasma could exchange energy. This could potentially degrade the implosion symmetry of implosion targets, a crucial requirement for fusion ignition. This is one of many phenomena known as laser-plasma interaction (LPI), in which the plasma created by a laser can actually interfere with the beam.

Over the following 15 years, the researchers conducted experiments at the University of Rochester's OMEGA laser, and developed new physics models run on LLNL's Atlas and Hera supercomputers to better understand the phenomenon.

This led to the conclusion that the energy transfer process could be controlled using slight adjustments to the laser beams' wavelengths, and even be used as a novel tool to tune the implosion symmetry of NIF targets.

"In the past, any laser plasma interaction has almost always been an obstacle in the quest for ignition," team member Pierre Michel said. "Now, for the first time, plasma physicists can actually turn LPI into something positive and useful."

The prize provides a $5,000 cash award (to be divided equally) and a certificate.

The Dawson Award will officially be bestowed at the APS Division of Plasma Physics annual meeting Oct. 29-Nov. 2 in Providence, R.I.