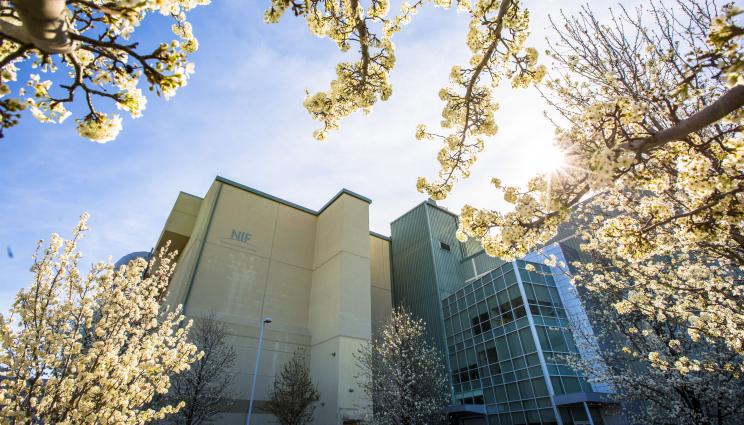 In the National Ignition Facility’s 10 years of operation, more than 2,700 experiments have helped to ensure the current and future nuclear stockpile is safe, secure and effective; made significant progress toward fusion ignition; and yielded new insights about the stars and the universe while revealing phenomena like the metallization of hydrogen and the interiors of distant planets.

NIF celebrates a decade of operations

In the decade since Lawrence Livermore National Laboratory’s (LLNL) National Ignition Facility (NIF) began operations, NIF has routinely heated and compressed matter to some of the most extreme temperatures and pressures ever obtained on Earth – temperatures of 100 million degrees and pressures 100 billion times that of the Earth’s atmosphere.  See event photos.

Funded by the Department of Energy’s National Nuclear Security Administration (NNSA) as a key component of the Stockpile Stewardship Program (SSP), NIF is the world’s largest and most energetic laser, designed to allow unprecedented experimental access to the physics of nuclear weapons and help undertake the grand challenge of maintaining the U.S. nuclear deterrent without further underground testing. This knowledge helps ensure the current and future nuclear stockpile is safe, secure and effective, and helps scientists better understand the behavior of matter throughout the universe.

See Ten Years of the National Ignition Facility: What It Took to Make NIF a Reality (video)

"NIF’s completion represented critical and tangible proof of America’s commitment to modernizing and recapitalizing our nuclear enterprise," said NNSA Administrator Lisa E. Gordon-Hagerty. "The research conducted at NIF is invaluable in establishing the effectiveness and credibility of America’s nuclear capabilities."

"NIF stands as a shining example of what NNSA seeks to accomplish in terms of both infrastructure investment and scientific achievement and demonstrates the U.S. commitment to remaining the world’s leader in high energy density science," Gordon-Hagerty added.

In the 10 years since operations began, more than 2,700 experiments have been conducted by scientists and engineers at all three nuclear weapons laboratories, leading to a number of important discoveries and advancements. Researchers have used NIF to further their understanding of weapons physics issues and applied this data to improve and constrain critical weapon simulation codes.

"The success of the Stockpile Stewardship Program is built on the strong partnership between NNSA and the laboratories, sites and plants that make up the Nuclear Security Enterprise," said Charles Verdon, NNSA’s deputy administrator for Defense Programs. "Facilities like NIF provide the technological capabilities required to carry out NNSA’s mission. In addition, we conduct unique experiments on the NIF, which builds our intellectual capabilities through attracting, training, testing and retaining the stockpile stewards of tomorrow."

Research on NIF has seen significant progress toward fusion ignition, a grand scientific endeavor that requires the most extreme conditions ever obtained in the laboratory. While achieving ignition has proved more challenging than first anticipated, scientists gain new understanding of the process with every experiment, using that knowledge to address issues and continually improve experimental design and facility performance. Moreover, working to achieve ignition provides an important opportunity to develop the art of design: large multidisciplinary teams working together toward a common goal.

Knowledge gained in the pursuit of ignition already is making important contributions, and further progress will open new experimental regimes in stockpile science. For the first time in a laboratory setting, experiments show the initial signs of the heating from the runaway reaction that, if better contained, would lead to fusion ignition. Researchers are now well poised to further improve the performance of these ignition experiments.

NIF experiments also enable university and laboratory scientists to study matter at extreme conditions in temperature and pressure, yielding new insights about the stars and the universe while revealing phenomena like the metallization of hydrogen and the interiors of distant planets.

"Since its founding, Lawrence Livermore National Laboratory has built an international reputation for delivering audacious, world-changing technologies. That reputation took another step forward when NIF was dedicated in 2009," said LLNL Director Bill Goldstein. "In its 10 years of operation, NIF has become one of the most productive, precise and reliable scientific tools ever built, and has become a premier international center for experimental science. None of this would have been possible without the coordinated effort of one of the world’s most dedicated teams, and the consistent support of NNSA, Congress and our user community."