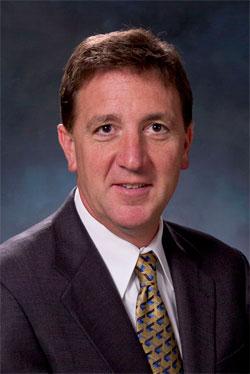 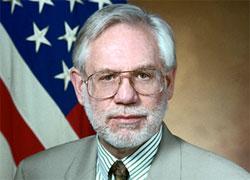 Merritt has been managing LLNL’s response to key nuclear operations issues, including USQ implementation improvement and nuclear facility start-up reviews. He also has been instrumental in establishing the Laboratory Evaluation Board program to promote continuous operations improvement. He serves as chair of several LLNL committees including the Radiation Safety and ALARA Committee, the co-chair of the Los Alamos/ Livermore Joint Nuclear Operations and Safety Council and the Conduct of Operations Stakeholder Advisory Group.

"Mike has done an excellent job since contract transition with management responsibilities in the Nuclear Operations Directorate," said Frank Russo, principal associate director of Business & Operations. "He is extremely well qualified and we look forward to his continued leadership in this permanent position and as a member of the Laboratory senior management team."

Coyle, who worked at the Laboratory from 1959–79 and again from 1981–1993, must still be approved by the Senate before he assumes his new position.

Coyle currently serves as a senior adviser to the president of the World Security Institute and to its Center for Defense Information, a Washington, D.C.-based national security study center. In 2005 and 2006, Coyle served on the nine-member Defense Base Realignment and Closure Commission (BRAC), appointed by President George W. Bush and nominated by Speaker of the House Nancy Pelosi. Prior to this appointment, Coyle served on California Gov. Arnold Schwarzenegger’s Base Support and Retention Council.

From September 1994 through January 2001, Coyle was assistant secretary of Defense and director of Operational Test and Evaluation in the Department of Defense, and is the longest serving director in the 25-year history of the office. In this capacity, he was the principal adviser to the Secretary of Defense on test and evaluation in the DOD. Coyle has 40 years experience in national security research, development and testing matters.

During the Carter Administration, Coyle served as principal deputy assistant secretary for Defense Programs in the Department of Energy (DOE). In this capacity he had oversight responsibility for the nuclear weapons research, development, production and testing programs of the department, as well as the DOE programs in arms control, non-proliferation and nuclear safeguards and security.

The Program for Climate Model Diagnostics and Intercomparison (PCMDI) is being recognized by the American Meteorological Society with a special group award for "leadership in implementing, maintaining and facilitating access to the Climate Research Program CMIP3 multi-model dataset archive, which led to a new era in climate system analysis and understanding."

The award cites Dave Bader (formerly at LLNL), Karl Taylor and Curt Covey of the Atmospheric, Earth and Energy Division of the Physical and Life Sciences Directorate and Jennifer Aquilino, Robert Drach and Dean Williams from Computation.

The award will be given at the Jan. 20 AMS meeting.

AMS President Tom Karl stated in his congratulatory e-mail: "You have really changed the way we do business in climate science."

2009 HOME Campaign off to a strong start

The 2009 HOME Campaign is now in full swing. Since a heroic "Run for HOME" on Oct. 22, Lab employees have donated more than $380,000. The goal this year is to increase employee participation to 30 percent.

Go to the HOME Web page to make a pledge to an agency of choice and help those in need in the community.  If the name of the agency is not displayed in the agency list, contact Carrie Martin at (925) 424-4175.

Employees also can view donation statistics, articles, photos of the ‘Run for HOME’ and ‘At HOME in our Community’ activities, on the HOME Web page.

Check Newsline and NewsOnLine for continued coverage of the HOME Campaign.

The deadline for online donations is Dec. 4.

The 2009 campaign is being managed by the Global Security Principal Directorate.

Rev up for Lab Ride VI

A $20 ride donation is requested. The first 150 riders will receive a pin for participating.

Employees will stage at Outer Loop Road, east of Bldg. 671 and non-employees will meet at the Discovery Center parking lot off Greenville Road and East Gate Drive.

The ride is organized by the Alameda County Firefighters Association and the Lawrence Livermore Lab Armed Forces Veterans Association. For information, see the flier .

The event has become an annual and memorable tradition that is very much appreciated by the veterans who live at the facility. To volunteer, provide a monetary donation or purchase food, contact Terry Butler, 422-3856 or Chelle Clements, 423-8134. See the flier for more details.