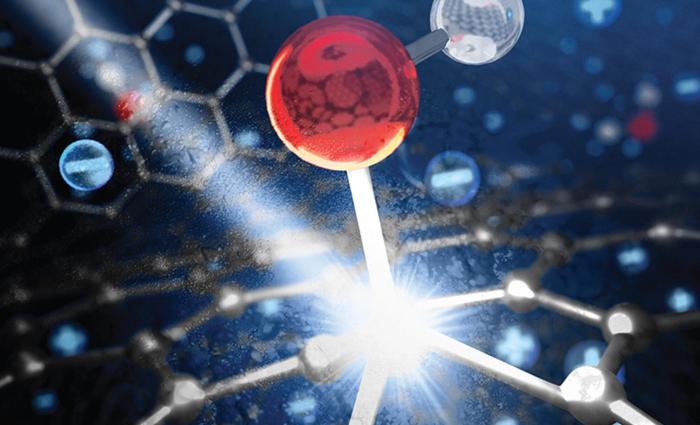 Lawrence Livermore researchers have identified electrical charge-induced changes in the structure and bonding of graphitic carbon electrodes that may one day affect the way energy is stored.

The research could lead to an improvement in the capacity and efficiency of electrical energy storage systems, such as batteries and supercapacitors, needed to meet the burgeoning demands of consumer, industrial and green technologies.

Future technology requires energy storage systems to have much larger storage capability, rapid charge/discharge cycling and improved endurance. Progress in these areas demands a more complete understanding of energy storage processes from atomic through micron-length scales. Because these complex processes can change significantly as the system is charged and discharged, researchers have increasingly focused on how to look inside an operating energy storage system. While computational approaches have advanced over the last few decades, the development of experimental approaches has been very challenging, particularly for studying the light elements that are prevalent in energy storage materials.

An LLNL-led team developed a new X-ray adsorption spectroscopy capability that is tightly coupled with a modeling effort to provide key information about how the structure and bonding of graphitic carbon supercapacitor electrodes are affected by polarization of the electrode – electrolyte interfaces during charging.

"Our newly developed X-ray adsorption spectroscopy capability allowed us to detect the complex, electric-field induced changes in electronic structure that graphene-based supercapacitor electrodes undergo during operation. Analysis of these changes provided information on how the structure and bonding of the electrodes evolve during charging and discharging," said Jonathan Lee, an LLNL scientist and corresponding author of a paper scheduled to appear as the cover article of the March 4 edition of the journal, Advanced Materials. "The integration of unique modeling capabilities for studying the charged electrode-electrolyte interface played a crucial role in our interpretation of the experimental data."

Discovering that the electronic structure of graphitic carbon supercapacitor electrodes can be tailored by charge-induced electrode-electrolyte interactions opens a new window toward more efficient electrochemical energy storage systems. In addition, the experimental and modeling techniques developed during the research are readily applicable to other energy storage materials and technologies.

Supercapacitors: Potential-Induced Electronic Structure Changes in Supercapacit…
Energy storage of the future
It's nanotubular: New material could be used for energy storage and conversion
Changing the dynamics of bulk materials