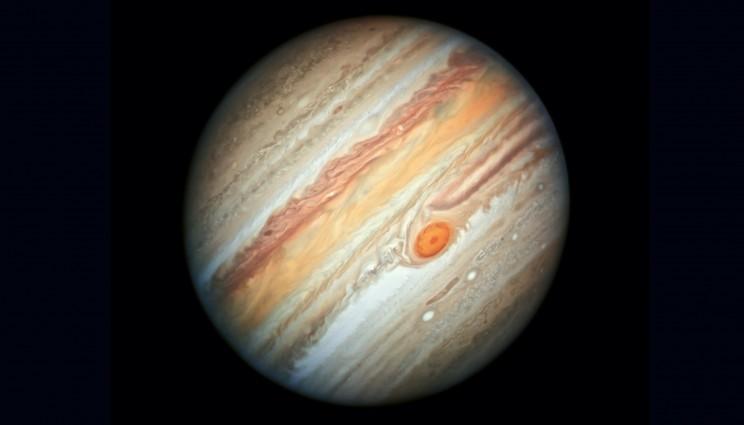 Hydrogen is the most abundant element found in the universe, making up nearly three-quarters of all matter. Despite its prevalence, questions about the element remain.

In a new paper published today by Nature Communications, a team of researchers, including scientists from Lawrence Livermore National Laboratory (LLNL), aims to answer one of those questions – what happens to hydrogen at high pressure.

"This research tells us something about the process of hydrogen’s transformation from insulator to metal at high pressure," said lead author Paul Davis. Davis conducted this research while working as a University of California, Berkeley graduate student sited within LLNL’s National Ignition Facility & Photon Science Directorate in the former group of Siegfried Glenzer (now a professor at Stanford/SLAC National Accelerator Laboratory). Paul Davis now serves as a science and technology policy fellow at the Department of Defense.

"Because it’s hard to do these kinds of high pressure experiments, there tends to be more theoretical and computational work than data available. In particular, no one has been able to do detailed X-ray scattering studies at a range of pressures before," he said. "This work helps us confirm theoretical models for materials under extreme conditions."

In the newly published research, the team outlines how they used X-rays to look into the interior of a hydrogen target, looking for free electrons to appear in high pressure shock waves formed when hydrogen is shot with a high-energy laser beam. Those electrons are freed from bonded molecules when the hydrogen is sufficiently compressed by the shock.

"Our X-ray scattering technique allows us to measure those electrons directly," Davis said. "Knowing what pressure that happened at tells us about the material physics at work – how compressed does hydrogen need to be for free electrons to appear, and in what quantities."

The experiments were conducted at LLNL’s Jupiter Laser Facility using the two-beamed Janus laser. One beam was used to launch a shock wave into deuterium targets (an isotope of hydrogen that is utilized in inertial confinement fusion experiments). The second beam was used to create X-rays to scatter off that shocked hydrogen. A curved crystal spectrometer was used to spread the scattered X-rays into a spectrum, similar to how a prism would spread optical light into a spectrum.

"By looking at the details of the spectrum and comparing it to theoretical calculations, we can infer the behavior of the high-pressure target. In particular, by doing the same thing at several pressures, we can see where free electrons begin to appear in the spectrum, indicating that the hydrogen is turning from an insulator to a metal at that pressure," Davis said. "The challenge of the experiment is that very few X-rays are scattered, especially in hydrogen, which is very low density. Because the experiments only last a few nanoseconds, we’re fighting to capture enough scattered X-rays to make an analysis."

Collaborators from the University of Rostock in Germany performed sophisticated calculations of the hydrogen at a variety of shock conditions, calculating how many of the deuterium molecules turned into lone atoms – a process called dissociation. The team found that the pressures where its X-ray measurements indicate the appearance of free electrons ("ionization") coincides with where they calculate the breaking of molecules into atoms ("dissociation"), confirming that those processes appear to happen at the same time.

"The change from strong bonding to almost free electrons is mainly driven by pressure. To treat this electronic transition correctly is still a challenge for modern quantum physics," said Ronald Redmer from the University of Rostock. That physics determines fundamental properties of hydrogen (such as electrical conductivity), which are important in understanding planetary science and nuclear fusion. Also, because hydrogen is the simplest element, it’s a very important model system for understanding the physics of materials under extreme conditions.

"This work helps us understand the physics at work inside giant planets like Jupiter," Davis said. "The details of how hydrogen dissociates under pressure and becomes electrically conductive are important for scientists seeking to understand planetary interiors and the dynamo action that causes their magnetic fields. The very same physics is at work in the targets at the National Ignition Facility, where designers must understand the high pressure target properties in order to advance toward fusion."

According to Davis, while the team has demonstrated that their experimental technique works on laser systems, they expect more sophisticated versions to be used at new X-ray laser facilities like the Linac Coherent Light Source at Stanford’s SLAC National Accelerator Laboratory.

"New facilities make it possible to do much higher fidelity dynamic X-ray scattering studies, which could be used to answer subtle questions in planetary and material science," he said.

"X-ray laser experiments on laser-heated hydrogen are one of the most interesting new research areas that have become possible in recent years," Glenzer said. "These new studies can resolve the ultrafast time scales on which hydrogen transforms into a dense plasma state and measure its properties with high accuracy."

This work was supported by LLNL’s Laboratory Directed Research and Development Program and the Department of Energy’s Office of Science, Fusion Energy Sciences. Davis was supported by the NNSA Stockpile Stewardship Graduate Fellowship.