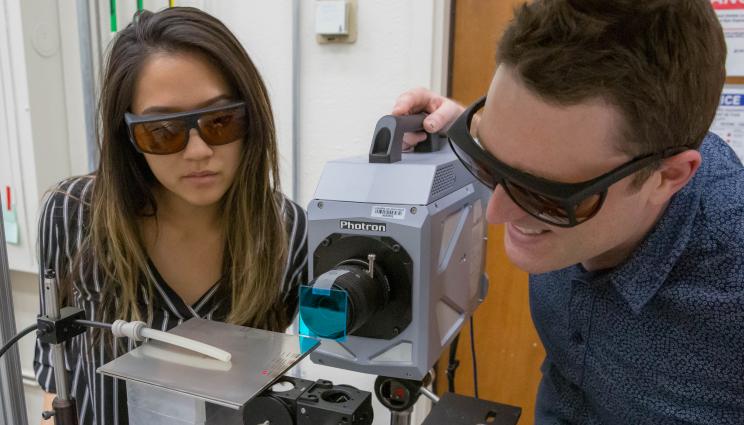 Lawrence Livermore National Laboratory (LLNL) scientists and engineers have created the first research-grade, open-architecture multibeam metal 3D printer and are developing advanced diagnostics to understand the mechanics behind the multibeam process under a project funded by the Air Force Research Laboratory.

To address the need for larger builds and faster print times, commercial metal 3D printer manufacturers have turned to simultaneous use of multiple laser beams during a build. However, the research and development needed to optimize the multibeam process remains.

Working alongside GE Global Research to design and develop a commercial-grade open-architecture, multibeam platform, Lab scientists and engineers are performing focused experiments as part of a larger overall project funded by America Makes, a private-public partnership aimed at accelerating additive manufacturing and 3D printing. The project also would require upgrading software developed by LLNL and GE to incorporate multibeam technology.

The 18-month project started last spring. A team led by LLNL materials scientist Aiden Martin created the multibeam research machine by replacing the scan head on an existing single-beam Fraunhofer-Aconity3D system with a custom-built two-beam unit. With this upgraded printer platform, Martin’s team is investigating how multiple lasers work together to build a part and what can occur during operation to cause defects. 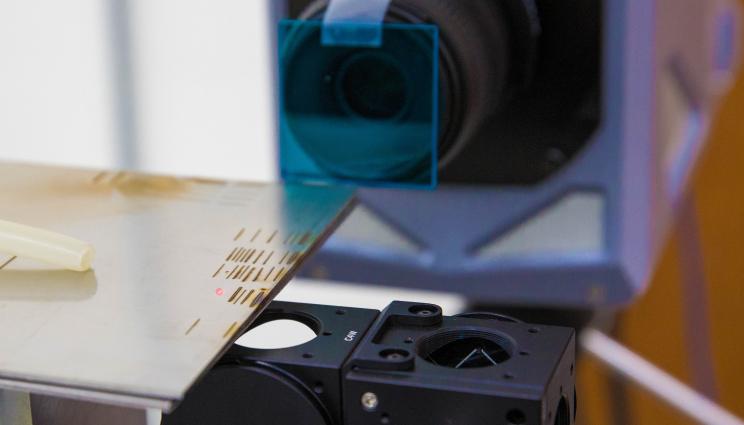 "We’ve identified experiments that can fundamentally characterize how the two lasers indirectly interact with each other through various physical phenomena such as vapor plume and plasma generation at the surface (of the build)," Martin said. "We’re really looking at the fundamental limitations of the multibeam process, expanding the capabilities of the software and on optimization of the process."

Martin’s team has successfully built objects with the system and has begun characterizing the parts. His team will work on diagnostic techniques such as high-speed optical imaging and beam profiling to examine new multibeam techniques and the causes of defects.

GE approached LLNL to perform the experiments based on previous research conducted by LLNL physicist Ibo Matthews and his group to understand the physics behind the laser 3D printing process. In theory, Matthews said, multibeam printers should reduce the time to build an object proportionally to the number of lasers — i.e., two lasers could cut the build time in half. To date, however, this idealized scaling and optimal scan algorithms have not been realized, Matthews said.

"The way that the multibeam commercial systems came about was similar to how the whole technology came about, in that there wasn’t a lot of forethought in optimizing the system — it was really just slap on the laser and go," Matthews said. "There are basic questions that no one really has an answer to. The most important is that the origin of defects in these systems isn’t well characterized. So, we’re definitely going after that and the larger questions regarding the ideal way is to operate multibeam systems."

"The kind of measurements that (Martin) and his team are doing are going to clarify the interaction of two lasers with a metal surface as they scan around," he added. "It’s just not studied yet at the depths we plan to go into."