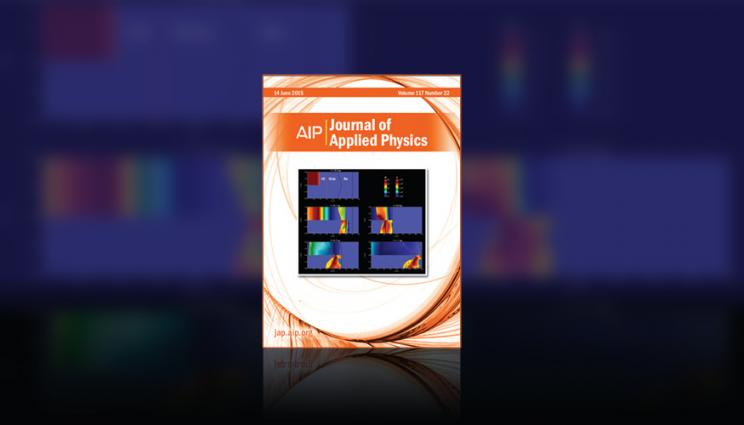 In a recent paper published on the cover of the Journal of Applied Physics, an international team of scientists showed that beryllium has very little strength at extreme conditions and most models over-predict its material strength.

Until recently, there were very little experimental data about the behavior of beryllium (Be) at very high pressures and strain rates, with existing material models predicting very different behaviors in these regimes. In a successful example of international research collaboration, a team of scientists from Lawrence Livermore National Laboratory (LLNL) and the Russian Federal Nuclear Center-All-Russian Research Institute of Experimental Physics (RFNC-VNIIEF) changed this field of knowledge.

In a recent paper published on the cover of the Journal of Applied Physics, the team showed that at extreme conditions, beryllium has very little strength and most models over-predict its material strength.

"This finding has important implications for scientists working with technology where beryllium is subject to extreme pressures and strain-rates," said Marc Henry de Frahan, lead author of the paper. Henry de Frahan began conducting this research as a summer student with LLNL’s NIF and Photon Science Directorate and is now a graduate student at the University of Michigan. 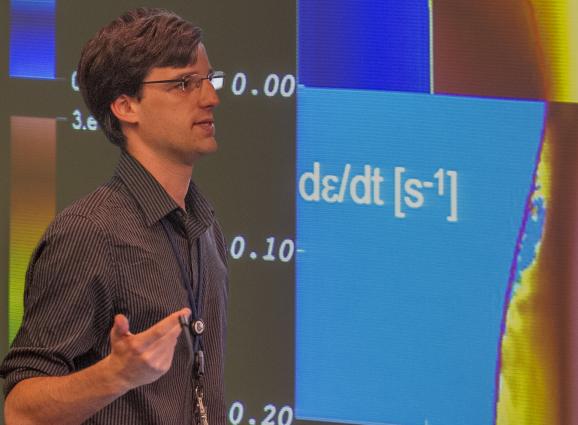 The purpose of the experiments was to put Be into regions of stress and strain-rate that are difficult to access with focused experiments by using a technique originally developed at Los Alamos National Laboratory in the early 1970s. The technique has since been used extensively by RFNC-VNIIEF over the past few decades.

"Since Be presents its own unique challenges and the Russians had an experimental capability and experience with this technique, we decided to form a collaboration with them in 2009," said co-author Rob Cavallo, a physicist in LLNL’s  Design Physics Division.

The technique involves setting off a piece of high explosives (HE) near the Be. On the side of the Be facing the HE, the team imposed a sinusoidal ripple pattern designed by co-author Jon Belof. When the expanding HE products load up against the target, the target accelerates. Since there is a low density gas pushing against a higher density metal, the interface is Rayleigh-Taylor unstable and the ripples grow in amplitude as the target accelerates.

Because the researchers could devise the initial ripple amplitude and they measured the acceleration, they could infer the strength of the material using simulations with strength models. The experiment does not directly measure strength in the way a focused experiment might but it determines the effect of strength, which can confine the performance of various strength models. Using this technique allowed the team to reach pressures of about 50 GPa (500,000 atmospheres) and strain rates near 1,000,000 /s (a rate of 1 /s under tension means a piece of material would double its length in 1 second – 1,000,000 /s indicates a million-fold increase).

"The strength models used to assess the experiments are largely phenomenological, meaning experiments were conducted under some conditions, and then parameters were fit to make the model match the data. When the material is loaded differently than the original experiments that defined the model, the model no longer accurately describes the material behavior," said Cavallo. "We wanted to determine how well these models would work for Be when the Be is loaded far away from the phase space where they were originally fit."

The end result was that only the new relaxation model, designed by co-author Olga Ignotova, came close to matching the data. The challenge for the models is that they are based on the assumption that the material response is largely a combination of the equation of state and plastic flow. However, Be is known to be susceptible to material failure and damage.

"It appears from the much higher growth that was seen in the experiments than was predicted by the models that material failure mechanisms probably need to be incorporated into any material response model that endeavors to describe Be behavior under such conditions," Cavallo added.

As a companion set of experiments, LLNL also provided the Russian team with two hockey puck-shaped targets to do loading and recovery analysis. Since the Rayleigh-Taylor targets essentially disintegrate at late times they cannot be picked up and examined for material damage signatures. The hockey pucks are loaded slightly differently and are robust enough to be recovered.  The net result showed that under loading conditions similar to the ones the Rayleigh-Taylor targets experienced, there is evidence of damage, as well as twinning (bending of the crystal structure into a different orientation), which can carry the loading and mimic plastic strength.

"This collaboration is an excellent example of how experiments really enable us to discriminate material models of complex phenomena that sometimes show significant disagreement - the theory of plasticity in these materials is extremely difficult and without this study of beryllium under dynamic conditions it's unlikely that we would have resolved this,"  Belof said. Belof conducted this research as a postdoctoral researcher and has since converted to a full-time staff member at LLNL, where he currently serves as a program leader in the Design Physics Division.

In addition to the research providing the basis for a strong international collaboration, it also provided a conduit for young scientists to gain vital experience, allowing Henry de Frahan to transition from a summer student into a lead author and Belof to begin a permanent career at the Laboratory.

"My experience at Livermore exposed me to best-in-class scientists and enabled me to expand upon my research at the University of Michigan," Henry de Frahan said. "These experiences gave me great insight into scientific collaborations and large-scale experimental campaigns."