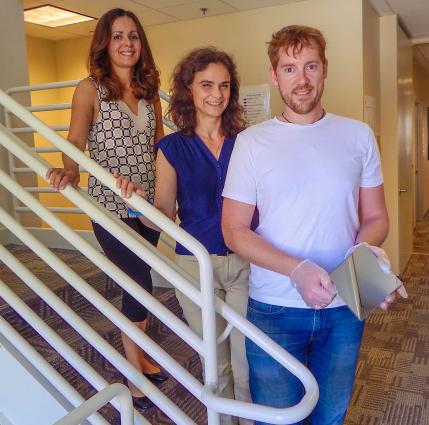 Multilayer-coated mirrors, if used as focusing optics in the soft gamma-ray photon energy range, can enable and advance a range of scientific and technological applications that would benefit from the large improvements in sensitivity and resolution that true imaging provides.

In a paper published in a recent online edition of Optics Express, LLNL postdoc Nicolai Brejnholt and colleagues from LLNL, the Technical University of Denmark and the European Synchrotron Radiation Facility demonstrate for the first time that very short-period multilayer coatings deposited on super-polished substrates operate efficiently as reflective optics above 0.6 MeV, nearly a factor of two higher than the previous record at 384 keV, set last year by this same group (Physical Review Letters 101 027404, 2013).

Multilayer mirrors can be used for two broad classes of applications. First, they can be used in spectroscopy, to enhance or suppress certain photon energies. The team is looking into how to use multilayers to examine spent nuclear fuel for non-proliferation missions.

Second, multilayer mirrors can be used as focusing, imaging optics by applying multilayer coatings to curved substrates."We have previously made hard X-ray optics for nuclear medicine and astrophysics applications, and we can now consider adapting the same fabrication techniques to work in the soft gamma-ray band," said Michael Pivovaroff, LLNL co-author.

The field of astrophysics would benefit the most from gamma-ray focusing optics, including the sub-disciplines of galactic and extragalactic astronomy, solar astronomy, cosmic-ray research and potentially observational cosmology. Gamma-ray optics also have shown promise for nuclear medicine and nuclear non-proliferation applications.

"We have demonstrated the capability to make highly reflective multilayer thin films with ultra-short period thickness (1-2 nanometers) and stable, ultra-smooth interfaces between the layers, as needed for operation at these extremely high photon energies. We chose tungsten carbide/silicon carbide (WC/SiC) multilayers for this purpose," said Regina Soufli, another LLNL co-author.

"The measurements at 0.65 MeV showed we had to understand sub-nanometer variations across the 36-square-inch mirror to model the measured performance," Brejnholt said.

The team demonstrated that multilayer mirrors in the gamma-ray band operate efficiently and according to well-understood models. The team combined classical, wave interference models with a Monte-Carlo particle simulation code. The latter was used to account for incoherent scattering, a phenomenon that is negligible at lower photon energies but becomes significant in the soft gamma ray range. Incoherent scattering was observed and modeled on multilayer structures for the first time by the LLNL team.