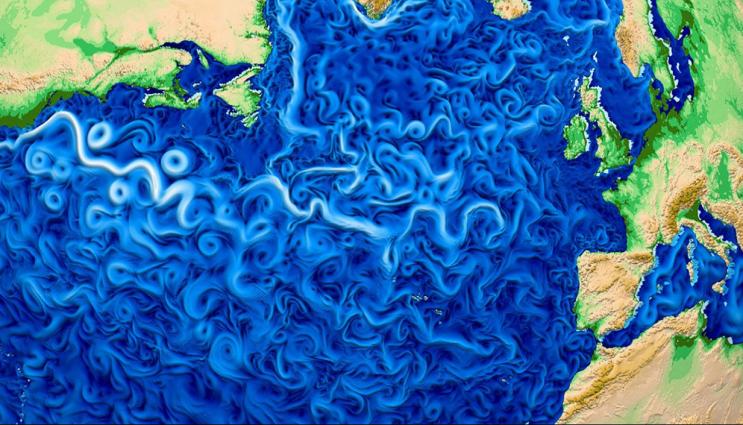 Combining a new evaluation technique for climate models with observations could reduce the uncertainty in predicting future change.

That is the result of a new study by a Lawrence Livermore National Laboratory (LLNL) scientist and collaborators who investigated the evaluation technique (called emergent constraints or ECs) in Earth System Models and found that this method may improve the models by focusing attention on the variables most relevant to climate projections. The research appears in the March 18 edition of the journal Nature Climate Change.

Earth System Models (ESM) including the atmospheric and oceanic components have been around since the 1970s, prompting modeling groups to compare simulations against observations of basic climate system features. Since then, observations have improved dramatically and ESMs have become more complex, encompassing many more components of the earth system. However, uncertainties remain.

"We believe the EC approach offers a promising way to reduce key uncertainties in future climate," said LLNL climate scientist Stephen Klein, one of the co-authors on the paper. "We expect these can pave the way for further discoveries about climate system behavior and reduce the uncertainty in critical aspects of climate change."

The EC approach is a new way to reduce uncertainties through a combination of an ensemble of climate simulations with contemporary measurements. In particular, the EC approach involves exploring the results from various climate models to find the variables from the current climate that are correlated with the future climate changes scientists want to know.

"We can then use the observed value of the current climate variable together with the relationships exhibited by climate models to tell us a more likely value of a given parameter that describes the future climate change," Klein said.

Even traditional model evaluation has been inclusive of variables thought to matter for future projections. However, with the EC approach, there is a deliberate and much more targeted search for those observable aspects of the current climate that matter most to future projections.

In the study, the team created a framework to assess ECs and provide indicators where a proposed EC may move from a strong statistical relationship scientists don’t understand to a relationships that they trust. To trust the emergent relationship exhibited by climate models requires a good mechanistic understanding of the reason for the relationship between the current climate variable and how the variable will change in an evolving future climate.

"In the future we may discover new emergent constraints for extremes and teleconnections and ECs may help identify climate system tipping points," Klein said.

Other research institutions include the University of California, Los Angeles, University of Exeter and the Centre for Ecology and Hydrology, both in the UK.

The research was supported by the U.S.Department of Energy's Office of Science.