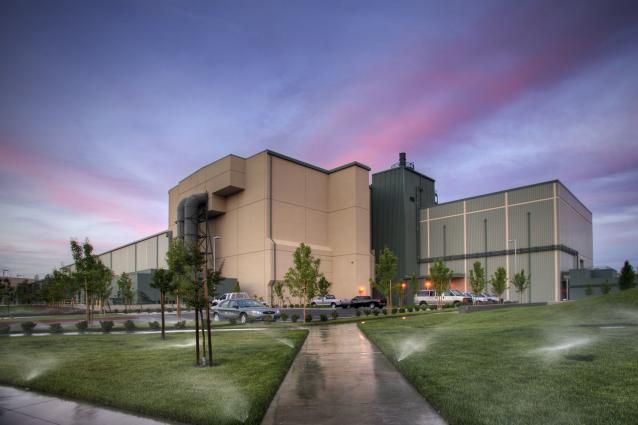 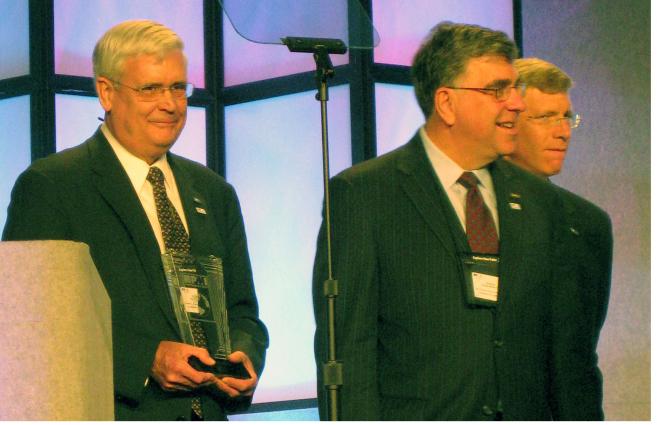 The award, presented Saturday during a special ceremony in Washington, D.C., recognizes the year's most innovative and successful project.

"The NIF project was accomplished by a worldwide partnership among governments, academia, and our many industrial partners," said Lawrence Livermore National Laboratory Director George Miller, who attended the awards ceremony. "NIF's success can be attributed to its excellent team of scientists, engineers, technicians and support personnel; to the rigorous application of best-practice project management standards, processes and techniques; and to highly productive teamwork with the National Nuclear Security Administration, the Department of Energy and our partners."

"NIF is an engineering and physics marvel, and it could not have been done without the thousands of people who have been a part of this team," added Ed Moses, director of NIF. "This award is a tribute to their hard work, their dedication and their innovation; and I am honored to accept it on their behalf."

Located at Lawrence Livermore National Laboratory, NIF is the world's largest and most energetic laser, focusing 192 beams on a capsule the size of a pencil eraser. Inside that capsule a fuel pellet, made from isotopes of hydrogen, is heated to temperatures hotter than the sun's core, fusing the hydrogen atoms' nuclei and producing more energy than the laser energy required to spark the reaction. The result is ignition -- the same process that powers the sun and the stars.

Funded by the Department of Energy's National Nuclear Security Administration, NIF will be used to assure the safety and security of the nuclear weapons stockpile, provide a path to a carbon-free and virtually limitless source of energy, and expand frontiers in astrophysics, materials science, medicine and basic science.

Each year, PMI singles out three finalists from worldwide nominees to recognize the accomplishments of the projects and the involved project teams for superior performance and execution of exemplary project management.   One is awarded "Project of the Year."   In addition to NIF, 2010 finalists included construction of the monumental Cowboys Stadium, the NFL's superstructure in Dallas, and the Norton Brownsboro Hospital, a facility featuring the latest in healthcare technology, in Louisville, Ky.

NIF was honored as a facility "pushing beyond the state of the art," bringing together scientists, engineers, construction workers and contractors, vendors, safety technicians, systems managers, administrators and much more to bring the $3.5 billion project together. NIF has been a partnership of governments, academia and industrial collaborators, including the University of Rochester Laboratory for Laser Energetics, Los Alamos National Laboratory, Sandia National Laboratories, General Atomics, the United Kingdom Ministry of Defense and the French Commissariat a l'Energie Atomique.

"The National Ignition Facility is a stellar example of how properly applied project management excellence can bring together global teams to deliver a project of this scale and importance efficiently," said Gregory Balestrero, president and chief executive officer of PMI.  "PMI is thrilled to present Dr. Edward Moses and his project team for these outstanding results with the PMI 2010 Project of the Year award."

"NIF is an example of what the NNSA labs do best," said NNSA Administrator Tom D'Agostino. "We are bringing together the best minds in science, engineering and technology to solve some of the nation's greatest challenges, and complete one of the largest and most complex projects in history. With NIF, the nation has a critically important asset that supports our national security priorities, pushes the frontiers of science and discovery, and carries the potential for critical advances in energy security. I congratulate Lab Director George Miller and the entire team at Livermore for a job well done."