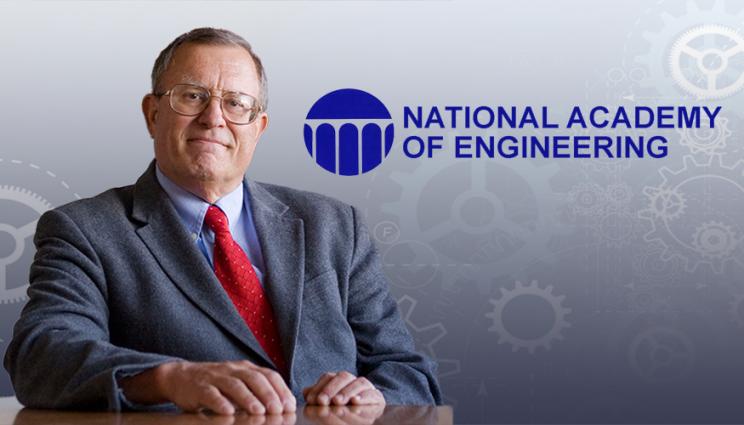 Westbrook was recognized for his "pioneering development, applications and leadership in chemical kinetic modeling to advance combustion science and technology." He is part of a 105-person class to be inducted at the NAE’s annual meeting Oct. 8 in Washington, D.C.

NAE members are peer-elected to recognize their innovations in research, technology, education or business. Members lend their leadership and experience to projects that support different areas of engineering research.

"This platform is a great opportunity to work with people I did not have access to before," Westbrook said. "I’m excited about the possibilities for answering some of these challenging questions." One project is investigating alternatives to combustion and the challenges to industry and society in making the difficult transitions to future, as yet unknown, technologies.

"Early in my career, I made a conscious decision to work on hydrocarbon chemical kinetics, something that was technically very important, but what most others believed was too hard to do," Westbrook said. "I was able to work on teams that tackled these problems with resources that made robust progress faster to attain."

Westbrook retired from LLNL in 2005 after 41 years of service. He began as a weapons design physicist for 10 years and then was encouraged by his group leader and global climate model leader, Julius Chang, to explore combustion using the Lab’s new high-power supercomputer capabilities. Westbrook’s illustrious career in engineering included solving what property in hydrocarbon fuel creates engine knock. "I love to solve puzzles, and that was a wonderful puzzle. High-powered computing helped unravel chemical and engine interactions to explain what engine and fuel companies were seeing experimentally in their labs," Westbrook said.

He still can be found at the Lab several days a week continuing his work on chemical kinetic modeling with next-generation fuels, including fuels from biomass and next-generation engines that are more efficient.

"We all have a basic curiosity about how things work," Westbrook said. "Engineers find the scientific basis for why things work and then they exploit it. To be successful at anything, we ask questions that haven’t been asked before and try to answer them."

Westbrook served a four-year term as president of The Combustion Institute and won awards for his research, including being named a fellow of the Society of Automotive Engineers (SAE). He also earned the Combustion Institute's 2008 Bernard Lewis Gold Medal, the American Chemical Society's Thomas Midgley Award, SAE's Horning Memorial Award and an honorary doctorate from the Institut National Polytechnique de Lorraine.