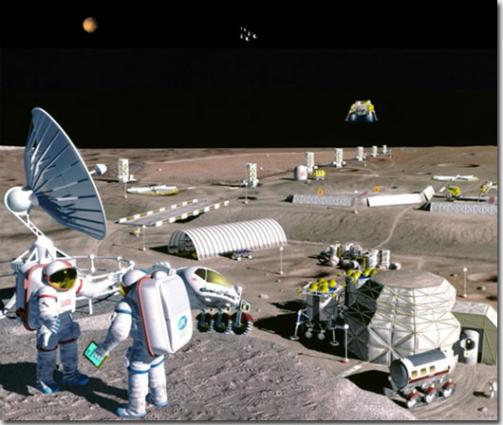 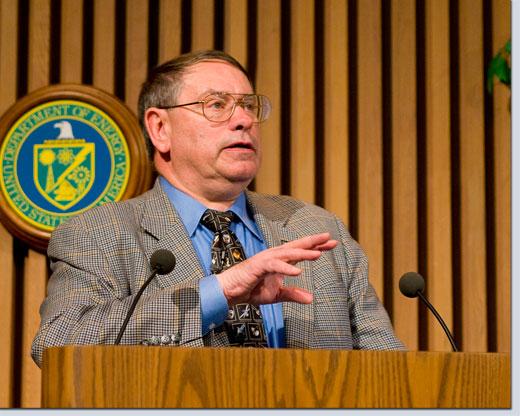 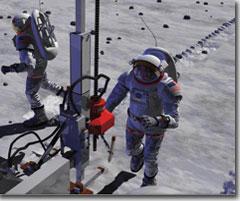 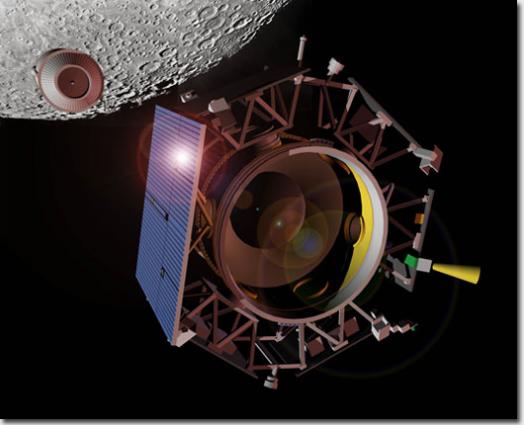 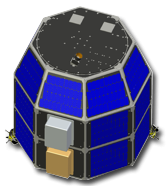 NASA shoots for the moon and beyond

Make no mistake: The goal of the nation’s space program is to settle the solar system.

That was the message from NASA Ames Research Center Director Pete Worden in his presentation to Lab employees Monday entitled "Moon, Mars and Beyond: The U.S. Space Exploration Program."

Worden added that NASA can’t do it alone. It will take a partnership with the private sector and the international community.

According to Worden, a retired U.S. Air Force brigadier general, NASA has been charged with several projects during the next couple of decades including: completion of the International Space Station; safely flying the space shuttle until 2010; developing and flying the Crew Exploration Vehicle — the shuttle’s replacement — no later than 2014; returning to the moon no later than 2020; extending human presence across the solar system and beyond; implementing a sustained and affordable robotic program; developing supporting innovative technologies, knowledge and infrastructures; and promoting international and commercial participation in exploration.

Worden invited collaboration with Livermore in these missions during his discussion. He’s worked closely with the Lab before, as manager of the Clementine mission to the moon. Worden pointed out that Clementine provided a wealth of information that can be used in future missions.

"Many people ask why go to the moon and what are you going to do when you get there. Been there, done that, got the T-shirt," Worden said. "But the moon is a test bed for how people can live for extended periods of time off Earth and we can therefore learn how to settle the solar system." See video.

Worden said NASA already has determined that the next moon mission will explore the "lunar poles because they are ideal." See video .

The poles are thermally moderate; receive a high percentage of sunlight and allow the use of solar power; have abundant resources including enhanced hydrogen (possibly water), oxygen and other volatiles; are flexible with enhanced surface daylight opportunities and more opportunities to launch; and are exciting because they are not as well known as other areas of the moon and they offer unique, cold, dark craters that have never been explored.

"When I give presentations to kids, I tell them there is a place where the sun doesn’t shine and we’re going to put something in it," Worden said. "But finding places to live depends on the volatiles that are there. This might just be some of the most valuable property in the universe."

He went on to say that eventually a system could be built on the moon that could support continuous habitation: first for six-month stints but eventually for full habitation.

Worden said before habitation is even considered NASA can do significant work in deep space at low cost. For example, the Lunar Crater Observation and Sensing Satellite (LCROSS) is an impact mission to explore lunar craters.

"This is exciting because it’s an impact mission and as a former military man, hitting something is really cool and I don’t think we could miss the moon."

The Lunar Atmosphere & Dust Environment Explorer (LADEE) will be launched to study the atmosphere early while it is still in low mass and pristine state. See video.

But all these missions aren’t cheap. Enter the private sector.

NASA established a partnership with Google in 2006 that involves Google sponsorship of NASA projects and scientists. In addition, Google Moon, a photographic map of the equatorial region with pan and zoom capability, shows locations of the Apollo landings.

Worden said there are other Silicon Valley partnerships in the works.

"This is a very cool time to be at NASA," he said. "If we’re really going to settle the solar system, the government isn’t going to do it alone. We are going to do it with the private sector."