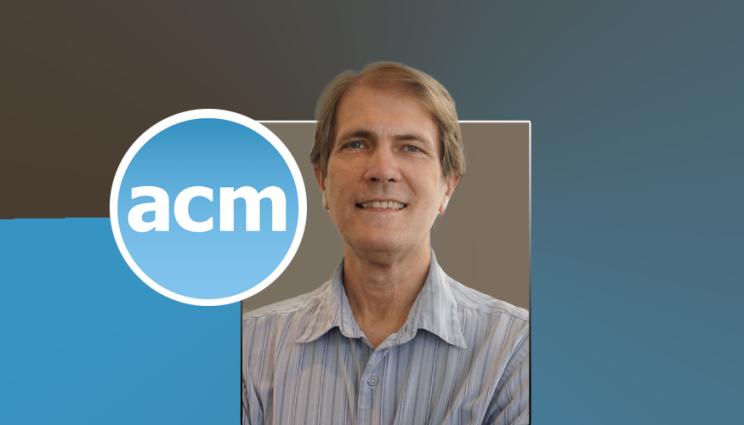 The Association for Computing Machinery (ACM) named Lawrence Livermore National Laboratory’s Chief Technology Officer for Livermore Computing Bronis R. de Supinski as a 2022 ACM fellow, recognizing him for his contributions to the design of large-scale systems and their programming systems and software.

The Association for Computing Machinery (ACM) has named Lawrence Livermore National Laboratory’s Chief Technology Officer for Livermore Computing (LC) Bronis R. de Supinski as a 2022 ACM fellow, recognizing him for his contributions to the design of large-scale systems and their programming systems and software.

The prestigious ACM fellows program honors the top 1% of ACM members for their outstanding accomplishments in computing and information technology and/or outstanding service to the organization and the larger computing community. Fellows are nominated by their peers, with nominations reviewed by a distinguished selection committee, according to ACM.

“I am pleased to be elevated to an ACM fellow,” de Supinski said. “This honor validates that LLNL's LC and its Center for Applied Scientific Computing (CASC) perform world-leading computer science. Throughout my career, I have had the pleasure not only of standing on the shoulders of giants but also of working shoulder-to-shoulder with many outstanding computer scientists and computational scientists — many of whom still work at LLNL, while some now work (or always have) at other institutions. LLNL has provided me the opportunity to pursue interesting work of importance to the nation. I hope others will see this distinction as motivation to consider similar career choices."

As CTO of LC, de Supinski is responsible for formulating and overseeing implementation of LLNL's large-scale computing strategy, requiring managing multiple collaborations with the HPC industry and academia. He has led several research projects in CASC. He also has co-led the Advanced Simulation and Computing program's Application Development Environment and Performance Team (ADEPT), which is responsible for the development environment, including compilers, tools and runtime systems on LLNL's large-scale systems. He is the chair of the OpenMP Language Committee.

de Supinski earned his Ph.D. in computer science from the University of Virginia in 1998 and joined LLNL in July 1998. In addition to his work at the Lab, he is a professor of Exascale Computing at Queen's University of Belfast.

de Supinski won the prestigious Gordon Bell Prize in 2005 and 2006. He also has won two R&D 100 awards, including one for leading a team that developed a novel scalable debugging tool. de Supinski was named to the 2021 IEEE class of fellows and served as general chair of the ACM/IEEE 2021 International Conference for High Performance Computing, Networking, Storage and Analysis (SC21).

ACM honored a total of 57 of its members as fellows for their contributions in 2022, including disciplines such as cybersecurity, human-computer interaction, mobile computing and recommender systems.

“Computing’s most important advances are often the result of a collection of many individual contributions, which build upon and complement each other,” explained ACM President Yannis Ioannidis. “But each individual contribution is an essential link in the chain. The ACM fellows program is a way to recognize the women and men whose hard work and creativity happens inconspicuously but drives our field. In selecting a new class of ACM fellows each year, we also hope that learning about these leaders might inspire our wider membership with insights for their own work.”