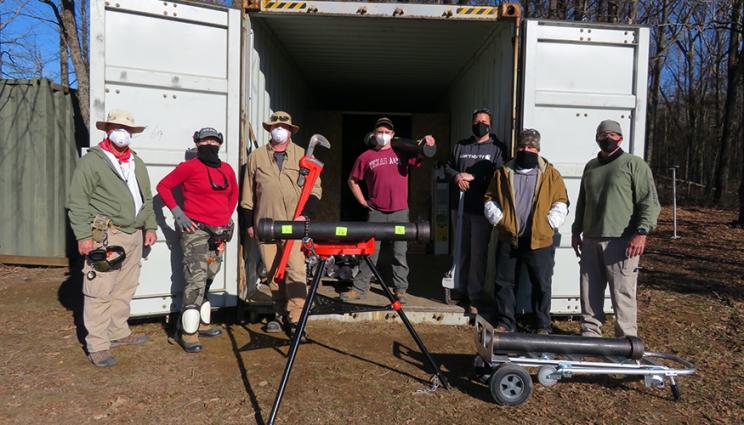 Following a terrorist bombing, can the bomb maker be identified by skin proteins left on the bomb components they handled?

The identification of individuals through shed skin is an intense area of research for the Intelligence Advanced Research Projects Activity (IARPA) Proteos program, led by Kristen Jordan. The program is a culmination of years of IARPA support to the FSC and is underpinned by capabilities developed under a Strategic Initiative Laboratory Directed Research & Development grant on protein-based identification. The FSC team is leading the Test and Evaluation (T&E) effort for the Proteos program.

The Proteos program focuses on human identification using shed skin cells associated with trace forensic samples. This investigation seeks to exploit the relationship between polymorphisms in the skin proteome, or genetically variable peptides (GVPs) and their underlying nonsynonymous single nucleotide polymorphisms (nsSNPs) to evaluate peptide mass fingerprinting as a reliable forensic analytic technique. In other words, mutations in our genomes manifest as small differences in our skin proteins.

Using analytical chemistry, these differences in the peptide mass fingerprint can be used forensically to identify someone.

“It has been shown that patterns of GVPs can be used to identify individuals. The big question now is whether that information survives harsh environments such as explosions,” said Deon Anex, project principal investigator. “If forensically relevant information in shed skin cells survives conditions that compromise or destroy other evidence, such as latent fingerprints or DNA, this technology could be a game-changer in post-blast investigations.”

GVP technology may be further expanded to identify warfighter remains, victims of 9/11 and pilots and crew of downed aircraft, and leveraged in cancer peptide analytics.

The FSC program is now entering Phase 3: dealing with the challenges of detecting proteins in fingerprints deposited on common objects and materials of interest to potential future users of the technology in the U.S. government. In the national security realm, one of those materials is post-blast debris from an improvised explosive device (IED).

“National labs have the ability to cross-pollinate disciplines in a way that gives them a strategic advantage for delivering on difficult national security problems,” said Matt Lyman, a BSC biologist that participated in the study. “Nuclear weapon engineers and biologists delivering unique biological specimens for the intelligence community? It seems like science fiction, but it is a reality that we can embrace as LLNL employees. Sharing knowledge from disparate fields often yields new intellectual fruit.”

“When attempting to do something that has never been done before, you can’t expect everything to run smoothly or the way you planned. This first-of-its-kind operation and experiment has been a remarkable exception. All aspects went according to plan and turned out better than expected,” Hart said at the end of the study.

The two Proteos performer groups led by the University of Washington and Signature Science and the internal FSC T&E group will analyze the post detonation debris for GVPs in skin proteins.