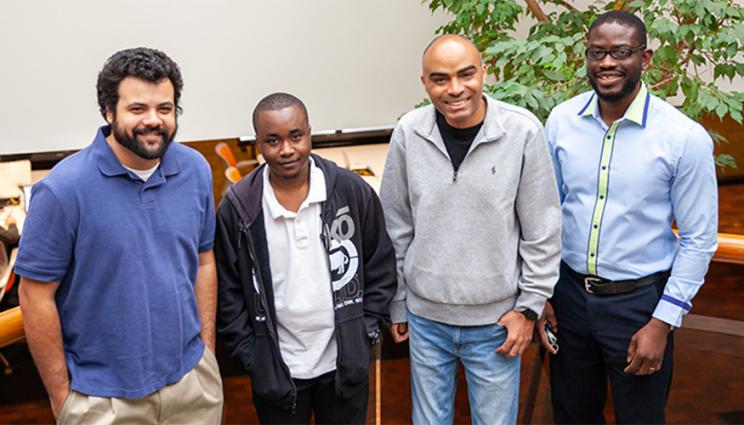 "There’s not a very concrete educational pathway to being prepared to do high-energy density science," said UC Merced Assistant Professor Aurora Pribram-Jones, who was a LLNL postdoctoral fellow from 2015 to 2018. "It’s not like you can go to a school to get an HED science degree. Part of this consortium is meant to help develop that training ground all the way up from pre-college through postdoc positions at the national labs."

The consortium members want to expand and diversify the pipeline of students who pursue careers in the field, which uses high-energy lasers such as at NIF and the Laboratory’s Jupiter Laser Facility to explore how matter and energy behave under extreme pressures and temperatures.

HED scientists seek to better understand and explain the conditions found in the interiors of stars, planets and nuclear reactions. The science is a cornerstone underlying NIF’s work supporting the nation’s Stockpile Stewardship Program, inertial confinement fusion and astrophysical research.

"Getting into this consortium is quite exciting," said Frank Graziani, director of LLNL’s HED Science Center, which is charged with fostering collaborations with universities and other national labs to help build an HED science community. "This is kind of the beginning, but we’d like to see this grow and get more students here."

Florida A&M and Morehouse are two of the country’s Historically Black Colleges and Universities (HBCUs), while UC Merced is designated a Hispanic-Serving Institution (HSI). Florida A&M, which has expertise in HED research with its Center for Plasma Science and Technology (CePaST), is the consortium’s lead institution.

The consortium has two main objectives, starting with creating education, outreach and internship programs, according to Charles Weatherford, a Florida A&M physics professor and CePaST director. This includes developing an HED science curriculum with a standardized set of courses for each of the institutions.

Secondly, the consortium wants to help advance HED science by expanding hands-on collaborations between students and the Lab. That includes participating in summer internship programs at NIF and the HEDS Center or the Livermore Scholar program for graduate students.

The consortium’s proposal said it will focus on collaborative research to help build a better understanding of the effects of a dense plasma on bound states, a specific area especially relevant to NNSA labs. Goals include teaching newly developed HED science courses by year two and adding at least three consortium alumni to the Lab’s workforce by year three.

"The technical work will create a strong, sustainable technical collaboration between the academic partners and LLNL," Weatherford said.

Overall, feeding the pipeline to the national labs "provides an exciting opportunity for our students to get the very best training possible and prepares them on world-class scientific problems, which opens the door to many employment opportunities," he said.

The consortium expands on NNSA’s Minority Serving Institution Partnership Program, which started in 2012 with six consortiums working on a variety of STEM projects between Energy Department plants and laboratories and 22 HBCUs.

CfHEDS also builds on LLNL’s existing ties to the universities. Before joining UC Merced’s chemistry and chemical biology department last year, Pribram-Jones was a Lawrence Postdoctoral Fellow at the Lab, where Graziani was her mentor. She also coordinated the Computational Chemistry and Materials Science Summer Institute at LLNL.

When Graziani began working with Florida A&M and Morehouse College on drafting the HED consortium proposal, he reached out to Pribram-Jones to include UC Merced, located just 75 miles east of the Lab in the San Joaquin Valley.

"It’s an opportunity to do big, really serious science in the national interest, yet really close to home," Pribram-Jones said. "We’re now in the process of trying to match up interested undergraduates with mentors at Livermore this summer."

And Florida A&M is already well represented at the Lab, with graduate students and postdoctoral researchers such as Jerry Clark, Daniel Gebremedhin, Jessica Tucker, Yaye Badjo and Edwin Quashie. 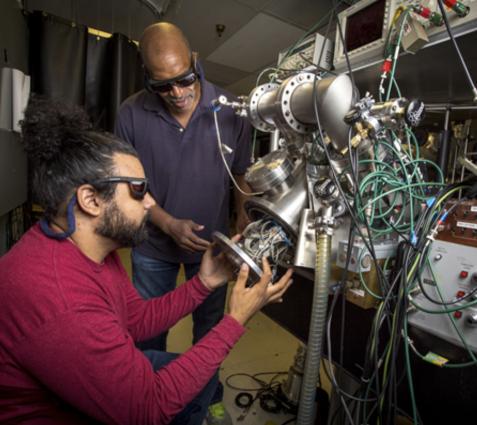 For Clark, one of last year’s NIF & Photon Science Summer Scholars, the consortium is allowing him to complete his Ph.D at the Lab. Clark said he was pleased to be able to work with "some of the top scientists in the world," including Graziani and Ronnie Shepherd. Through his work at LLNL, Clark also is gaining experience at other institutions.

"I get hands-on research at amazing facilities, such as Colorado State University’s Advanced Beam Laboratory and the Atomic Weapons Establishment (AWE) in the UK," he said. "And it allows a direct route to a job at the Laboratory and the exposure to other topics that may pique my interest."

Representing Morehouse, which produces more students with BS degrees in physics than any other minority-serving institution, were Eddie Red, physics department chair and associate professor, and assistant professor Wesley Sims. Pribram-Jones and physics professor David Strubbe represented UC Merced.
"It required a lot of hard work by a lot of people," Graziani said.