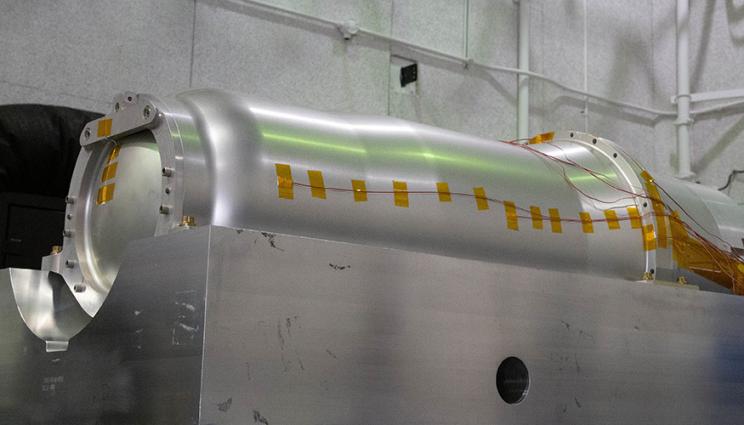 A Lawrence Livermore National Laboratory (LLNL) team has conducted the first series of combined environment ground tests on a W80-4 test article to ensure that the warhead will survive thermal, shock and vibration environments that the system could be exposed to when it is in the stockpile.

The Nuclear Explosive Package Engineering Test (NEPET), which began with a conceptual design in September 2018, has completed the functional test phase of the project. This test is part of LLNL’s commitment in leading the nuclear design for the W80-4 Life Extension Program (LEP). The LLNL team has worked closely with colleagues from Sandia National Laboratories in California and New Mexico on NEPET.

The NEPET is the first high-fidelity, system-level engineering test article developed by LLNL for the W80-4.

The high-fidelity test article is fabricated out of a variety of development components supplied by the production agencies, and prototype hardware produced by the design agencies. For a number of components, non-nuclear mock components were designed by the test team to mimic response in the specific test environments.

The test is intended to evaluate key design requirements for the W80-4.

NEPET is a critical initial system-level engineering test that will be used to ensure that the warhead, and all of its components, will survive the most extreme environments the system could potentially be subjected to in a lifetime and remain an effective deterrent in the nation’s stockpile. The data that has been acquired in this test will inform design decisions, define environmental specifications for components and be used to validate computational models.

System-level engineering ground tests of this complexity had not been performed at LLNL in more than a decade. This test effort required both spearheading the design of a new unique system-level test article as well as revitalizing capabilities that had not been used at the Lab in years. The team overcame limited hardware availability during the development stage, while also adjusting for major design changes as the system evolved. Despite the impacts of COVID-19, the team has remained focused on completing the test.

Getting to this stage has taken an extraordinary effort from many individuals and organizations from across LLNL and Sandia.