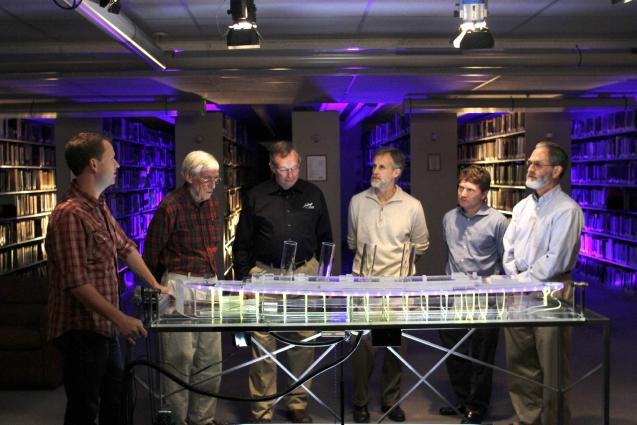 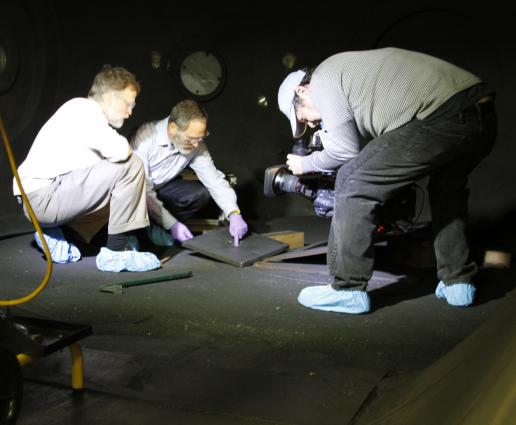 Randy Simpson (left) and Jon Maienschein inside the 10-kilogram spherical tank at HEAF, examine a sheet of solid steel after an explosion staged for the Lusitania documentary, as videographer Clay Harrison captures the scene. 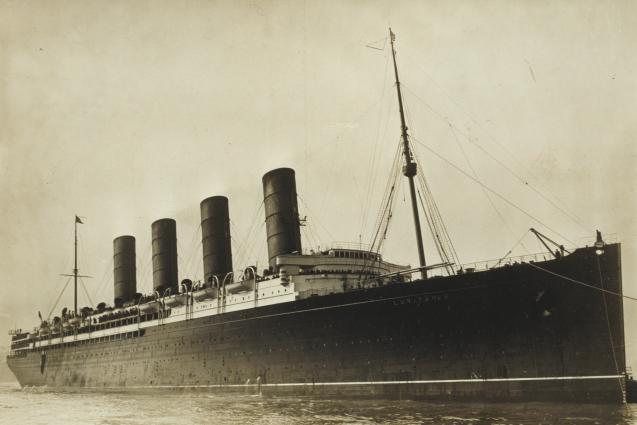 LLNL stars in documentary about sinking of the Lusitania

The Laboratory has a starring role in an upcoming National Geographic documentary about the sinking of the British passenger ship Lusitania during the early part of World War I.

On May 7, 1915, prior to the U.S. entry into the war, a single, well-placed German torpedo struck the RMS Lusitania passenger liner with 1,959 passengers on board, en route from New York to Southampton, England. The ship sank in less than 20 minutes and 1,198 people drowned.

The mystery, to this day not fully explained, arises from accounts from survivors, as well as the commander of the German U-boat, of a second, more powerful blast about 15 seconds after the initial torpedo explosion.

Furthermore, questions remain about why the ship went under so quickly, compared to Titanic, which took more than two hours to sink after colliding with an iceberg.

A leading theory holds that the ship may have been carrying illicit American war materials meant for the British military. Could they have caused that secondary explosion? Or perhaps the torpedo ignited dust stored in Lusitania's massive coalbunkers.

The filmmakers took these questions to a team of experts at LLNL's High Explosives Applications Facility (HEAF). The answers came in the form of computer simulations and actual explosives testing performed in HEAF's 10-kilogram spherical tank, and filmed with extremely high frame-rate cameras. The production crew spent five days filming at LLNL.

The two-hour long program airs on the National Geographic channel on Friday, Aug. 31, at 9 p.m. Pacific time, and will be repeated periodically.