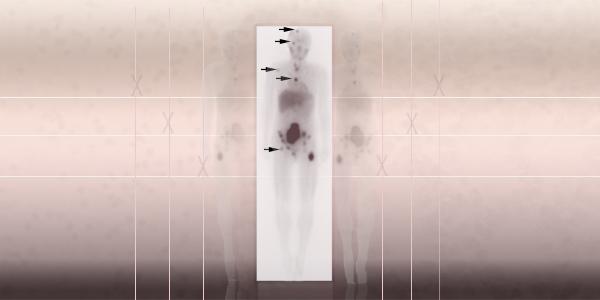 There are unique challenges to estimate the internal dose after radiotherapy is administered. The current practice of calculating internal radiation dose is done by either bioassay (such as urine or fecal samples) or by using biokinetic models to estimate radioactivity as provided by the Committee on Medical Internal Radiation Dose (MIRD).

Radiotherapy is a therapy using ionizing radiation, generally as part of cancer treatment to control or kill malignant cells. Radiation therapy may be beneficial in a number of cancer types if these cancers are localized to one area of the body. It also may be used to prevent tumor recurrence after surgery upon removal of a primary malignant tumor.

While dosimeters can be used to measure radiation dose externally, the development of a more precise dosimeter to assess internal dose does not exist.

The Lawrence Livermore team developed a technique using gene expression assays to monitor changes at the molecular level to characterize internal exposures. This sort of biological approach to measuring the physical dosimetry is known as biodosimetry.

The method was used to compare calculated internal dose with the modulation of selected RNA transcripts. Three transcripts explained more than 98 percent of the variance in the modulation of gene expression and were good early indicators of internal exposure, according to Matt Coleman, LLNL biologist and adjunct professor in radiation oncology at the University of California, Davis, School of Medicine.

"This approach could benefit neuroblastoma treatment characterization and aid in biodosimetry," Coleman said. Neuroblastoma is one of the most common extracranial solid tumor forms of childhood cancers.

The team collected blood from 40 patients (median age 9 years old) with relapsed or refractory neuroblastoma who were receiving targeted radiotherapy at the University of California, San Francisco.

The team calculated whole-body absorbed dose for each patient based on the cumulated activity determined from an injected drug consisting of an iodine-labeled radiopharmaceutical, known as metaiodobenzylguanidine (mIBG).

"This is a novel study, which uses whole blood collected from patients treated with a radiopharmaceutical, to characterize biomarkers that may be useful for better cancer treatment and biodosimetry," Coleman said. "Our data indicate that transcripts, which have been previously identified as biomarkers of external exposures in whole blood and radiotherapy patients, also are good early indicators of internal exposure. These findings have paved the way to an ongoing phase II clinical trial for pediatric neuroblastoma patients."

Coleman said the technique also may be a valuable tool for first responders to triage individuals after an accidental nuclear event or for astronauts to monitor space radiation exposures while traveling to Mars.

The research appears in the online edition of the journal Radiation Research.