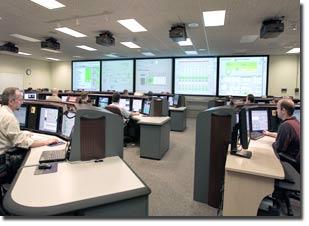 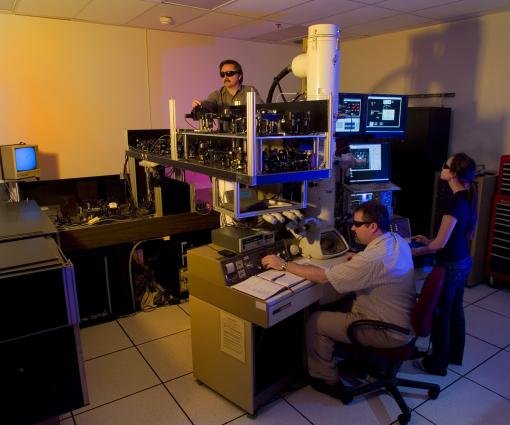 Three teams of LLNL scientists and engineers have won plaques from the trade journal R&D Magazine for their efforts. They worked with two industrial collaborators and one national infrastructure institute.

Often known as the "Oscars of invention," this year’s R&D 100 awards will be presented Oct. 16 during a black-tie dinner in the Grand Ballroom of Chicago’s Navy Pier.

"LLNL’s three R&D 100 awards show the Laboratory continues to be a source of creative technologies that benefit the nation and U.S. industry," said Erik Stenehjem, the leader of the Laboratory’s Industrial Partnerships Office. "These advances demonstrate the Laboratory’s tradition of using multidisciplinary teams working together to solve important national problems."

"This is yet the latest example of how the DOE and our national laboratories are continuing to demonstrate world-class leadership in innovation, as we enhance our energy security, national security and economic competitiveness," Energy Secretary Samuel Bodman said. "On behalf of the department, I would like to congratulate all of our employees who have earned R&D 100 awards and in particular this year’s winners."

This year’s R&D 100 awards won by LLNL could prove helpful in homeland security, fusion energy and in studying ultrafast material processes on the billionth of a meter scale.

The device, known as SecureBox, reliably detects intrusions through any of the container’s six walls. If a breach occurs at any point during transit, SecureBox generates alarm reports to authorized individuals anywhere along the supply chain.

SecureBox has a high probability of detection and a low false alarm rate, along with providing effective intrusion detection with minimal disruption to the flow of commerce.

The purpose of NIF is to achieve inertial confinement fusion in a controlled laboratory setting, and to study the physics of extreme energy densities and pressures, such as those found in nuclear explosions and the interior of stars.

Using software controls and signal image processing of sensor camera data, AAPLF performs 26 separate optical adjustments on each of the 192 NIF beams in less than 15 minutes. To date, AAPLF has successfully aligned the NIF for more than 1,200 system and 30,000 preamplifier shots.

A team of Livermore scientists and engineers has developed the dynamic transmission electron microscope (DTEM), which provides the highest resolution ever for digital imaging of ultrafast material processes on the billionth of a meter scale. This work has been done in collaboration with JEOL USA Inc., a Peabody, Mass.-based company.

With upgrades to the components, the DTEM will be able to take several consecutive images of the dynamics that occur in samples of materials under strenuous conditions, creating a movie-like visual record of microstructural features as they rapidly evolve.

With the use of the DTEM technology, scientists will be able to accurately predict how materials will behave under strenuous conditions, such as applied stresses, extreme temperature changes and corrosive environments, as well as provide new insight for the engineering of advanced materials.

In the development of the DTEM technology, the Laboratory received critical support from the Office of Science, Office of Basic Energy Sciences, Division of Materials Sciences and Engineering, of DOE.