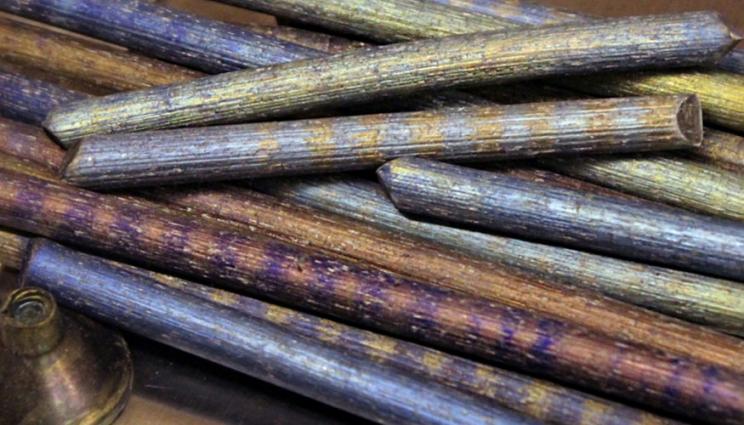 Europium, a rare earth element with the same relative hardness of lead, is used to create fluorescent lightbulbs. With no proven substitutes, europium is considered critical to the clean energy economy. Photo courtesy of Ames Laboratory

More than 90 percent of the global REE supply comes from China.

"Non-traditional REE resources, such as mine tailings, geothermal brines and coal byproducts, are abundant and offer a potential means to diversify the REE supply chain. However, no current technology exists that is capable of economic extraction of rare earths from them, which creates a big challenge and an opportunity." 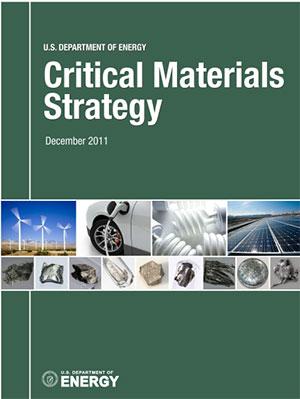 Many recent studies have looked at the use of biomass for adsorption of REEs. However, REE adsorption by bioengineered systems has been scarcely documented, and rarely tested with complex natural feedstocks.

Through biosorption experiments conducted with leachates from metal-mine tailings and rare earth deposits, the team showed that functionalization of the cell surface yielded several notable advantages over the non-engineered control.  The team saw significant improvements in adsorption efficiency and selectivity for REEs versus other non-rare earth metals.

"Our results demonstrate the technical and economic feasibility of coupling bioengineering with biosorption for REE extraction from low-grade feedstocks," Jiao said.

The rare earths comprise 17 elements in the periodic table -- scandium, yttrium and the 15 lanthanides (lanthanum, cerium, praseodymium, neodymium, promethium, samarium, europium, gadolinium, terbium, dysprosium, holmium, erbium, thulium, ytterbium and lutetium). Despite their name, the rare earths (with the exception of promethium) are not all that rare, but are actually found in relatively high concentrations across the globe. However, because of their geochemical properties, they seldom occur in easily exploitable deposits. All REEs occur together and require extensive chemical processing (traditionally) to isolate the individual REEs. Using bacteria in the new research can provide a disruptive alternative to current methods.

The work is part of the Critical Materials Institute, a DOE Innovation Hub led by the DOE’s Ames Laboratory and supported by DOE's Office of Energy Efficiency and Renewable Energy's Advanced Manufacturing Office. CMI seeks ways to eliminate and reduce reliance on rare-earth metals and other materials critical to the success of clean energy technologies.