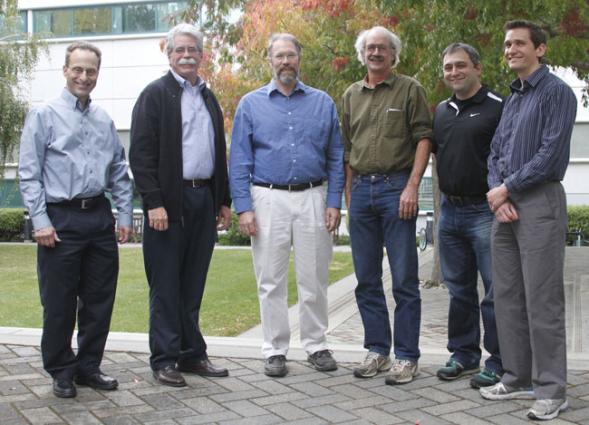 Lab researchers Roger Aines, Tom Buscheck, Mark Havstad, Wayne Miller, Christopher Spadaccini, and Todd Weisgraber have been presented with the Department of Energy Secretary's Achievement Award for their contributions to flow rate calculations for the Macondo Well in response to the Deepwater Horizon oil rig disaster.

On Oct. 27, Secretary of Energy Steven Chu recognized the Flow Rate Technical Group/Nodal Analysis Team for these efforts with the Secretary's Achievement Award, one of the highest internal nonmonetary recognition awards that DOE employees and contractors can receive. The award is bestowed upon a team of DOE employees or contractors who together accomplished a significant achievement on behalf of DOE.

"We worked with an extraordinary group of people, and while our mission was challenging at times, I was really pleased with the way the teams from the different labs came together," said Todd Weisgraber, leader of the Livermore team's efforts. "We are greatly honored to be recognized for the work that we did."