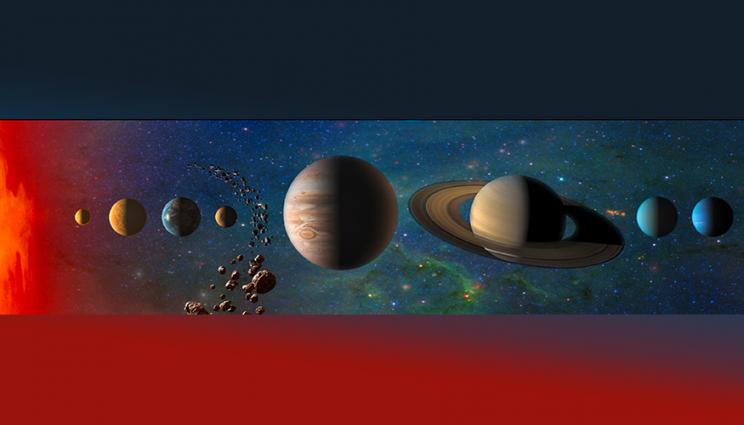 Lawrence Livermore National Laboratory (LLNL) geologist Lars Borg and physicist Megan Bruck Syal were named by the National Academies of Science to a pair of Planetary Science and Astrobiology Decadal Survey committees last week, Borg as a member of the survey’s steering committee and Syal as a member of the Small Solar System Bodies panel.

Over the coming year, the two LLNL researchers will work with colleagues across the country to broadly canvas the field of space- and ground-based planetary science to determine the current state of knowledge and to identify the most important scientific questions to be addressed by the year 2032.

The academies conduct decadal surveys like this across a number of scientific disciplines, however, this is the first time that planetary defense research — an area of expertise for Syal — has been included in a survey. Syal leads the LLNL planetary defense team, which is tasked with assessing technologies that could be used to deflect dangerous Earth-bound asteroids.

“It’s an honor, and a great responsibility, to participate in this panel,” Syal said. “We’re being asked to help define the future of planetary science over the next 10 years, which is something I don’t take lightly. I’m really looking forward to the challenge, and to working with the other amazing experts on the panel.”

In addition to the Planetary Science and Astrobiology Panel, there will be panels on: Mercury and the moon, Venus, ocean worlds and dwarf planets, giant planet systems and Mars.

Cosmochemist Borg’s research focuses on analysis of samples from the moon, Mars and the asteroid belt in order to understand the timing and mechanisms by which their bodies formed and evolved. His most recent research focuses on analyzing Apollo 17 samples to study the geologic history of the site where the rocks were collected. This research involves opening a previously unopened sample to examine the behavior of volatile elements on the moon.This marks the first time such a sample will be studied in detail since the end of the Apollo program.

Borg will join other experts on the steering committee, which will be responsible for folding input from each panel into a final report outlining a comprehensive research strategy with specific and achievable implementation and investment recommendations for organizations that conduct planetary science research.