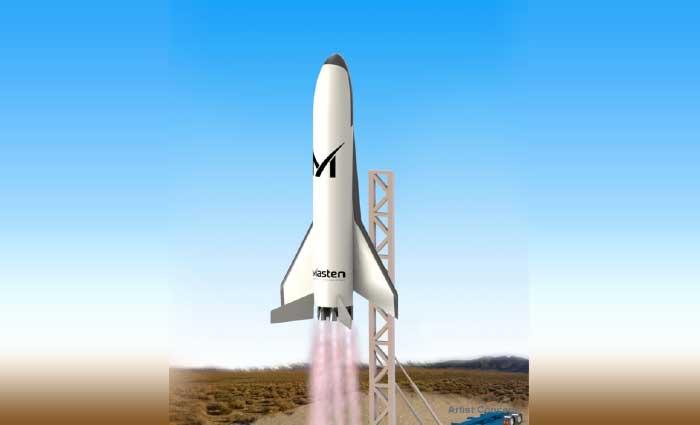 Two recent contracts worth nearly $1.5 million have brought the Laboratory back into the rocket development business.

The last Livermore designed and fabricated rocket vehicle, powered by an LLNL engine, was launched from Vandenberg Air Force Base in 1994. It was conceived and designed by aerospace engineer John Whitehead and his team, which included collaborators from Aerojet, for the Ballistic Missile Defense Organization, predecessor of today's Missile Defense Agency.

The two new contracts provide a significant role for both high performance computing-based modeling and simulation, as well as advanced manufacturing in developing the next generation of rocket propulsion and reusable space launch vehicles for the United States.

"We are excited by these awards because they provide the Laboratory with the opportunity to use its unique capabilities to make a difference in access to space, which is important to our national security," said Bill Bruner, the Lab’s NASA/commercial space relationship manager.

Under a $750,000 "seedling" project, LLNL intends to tie these simulations to advanced manufacturing, exploring the possibility of reducing the time and cost required for the design, manufacture and testing of rocket engines.

If successful, this work could help reduce U.S. reliance on Russian rocket engines for the launch of critical national security payloads.

The Lab also is a partner with the commercial space company, Masten Space Systems (MSS), of Mojave Air and Space Port in Southern California, on DARPA’s Experimental Spaceplane (XS-1) program.

Among the program’s goals are flying 10 times in 10 days, flying to greater than Mach 10 at least once, and launching a representative small payload to orbit. The program also seeks to reduce the cost of access to space for 3,000- to 5,000-pound payloads to less than $5 million per flight. Current space launches can cost from $50 million to almost $500 million per launch.

The Masten-led team, which includes engineers from LLNL’s Engineering Directorate, was awarded one of three Phase 1 contracts for this project, along with teams led by Boeing and Northrop Grumman.

With a contract for $700,000, the Laboratory is one of five partners working with Masten. As a key part of the team, LLNL plans to provide high-performance-computing-based modeling and simulation support to the company in its effort to design an affordable, reusable first stage for an orbital launch system for civil, commercial, Department of Defense and other national security customers.

With these two projects, LLNL’s modeling and simulation, as well as its advanced manufacturing capabilities, have an opportunity to contribute to fielding important new space launch capabilities for the nation more quickly.