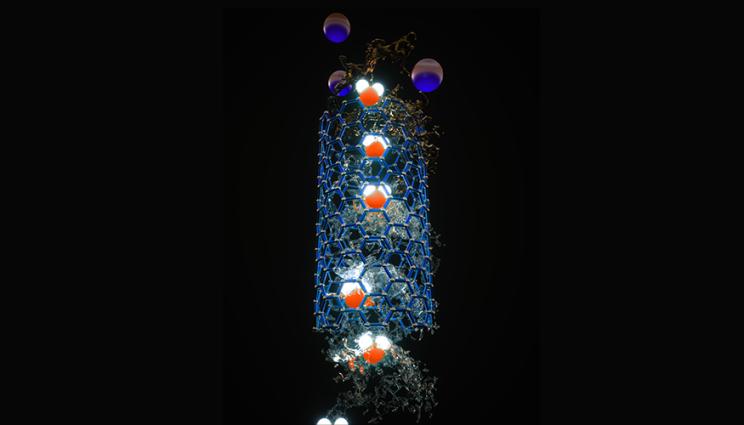 Transforming the way energy is collected, stored and used has become a defining challenge of the 21st century.

The first project, led by UC Irvine with LLNL’s Tadashi Ogitsu and other universities and national laboratories, looks to understand, predict and control the activity, selectivity and stability of solar water splitting nanoreactors in isolation and as ensembles.

“This has the potential to advance the frontiers of discovery and fundamental interdisciplinary knowledge in photochemical energy conversion basic research, and thereby help train the next generation of diverse scientists and engineers who will positively impact our planet,” Ogitsu said.

A second project looks to develop the foundational science and define key integration parameters for synergistic CO2 capture and conversion. It will be led by UC Irvine and LLNL’s Chris Hahn, who serves as the deputy director, along with other universities and national laboratories.

Named the Center for Closing the Carbon Cycle (4C), the researchers will investigate the recycling of CO2 into fuels, chemicals or materials, to achieve a circular carbon economy. Integration of CO2 capture and conversion, or Reactive Capture of CO2 (RCC), would vastly improve the overall efficiency and cost from CO2 source-to-products. Forming valuable products from CO2 also provides an economic incentive for carbon-neutral or negative processes.

“The ultimate goal is to advance the understanding of sorbents and catalysts so they can be co-designed to work cooperatively to achieve more active, efficient and durable systems for RCC than if capture and conversion were pursued independently,” Hahn said.

In the third project, LLNL’s Alex Noy and Tuan Anh Pham, with lead MIT and other university collaborators, seek to understand fluidic flow and molecular transport in extremely narrow nanopores. This is the second phase of the project, dubbed The Center for Enhanced Nanofluidic Transport (CENT2).

CENT started four years ago with the realization that not all nanopores are created equal. The narrowest of them, Single Digit Nanopores (SDNs), which are less than 10 nanometers in diameter and have only recently become accessible for precision transport measurements, are a treasure trove of unique and surprising physical phenomena. CENT scientists have already discovered extra-ordinary molecular fluxes in these pores, ion selectivity well beyond theoretical predictions, and such exotic behaviors as local breakdown of electroneutrality.

“Building on our groundbreaking initial work, the renewed project will address fundamentally new questions of fluidic transport at the nanoscale that stand to impact a host of new technologies at the water-energy nexus,” Noy said.

Pham added that “CENT research is already influencing many important applications, from new membranes for precise separations and water purification, to new permeable materials for water electrolyzers and energy-storage devices, as well as enabling new emerging energy technologies such as hydrovoltaics.”