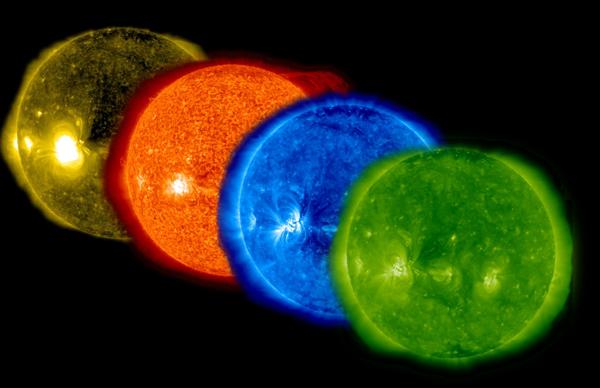 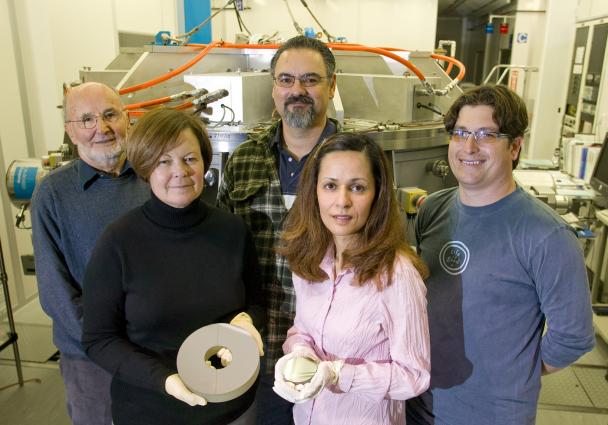 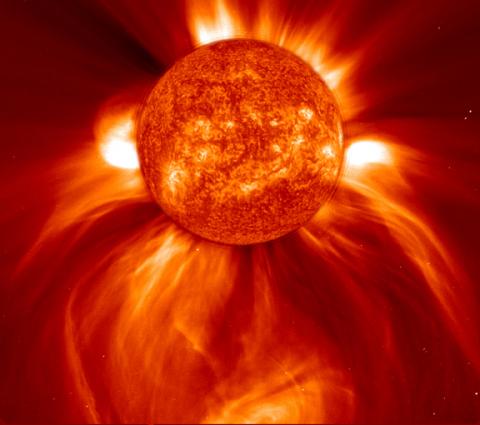 This image shows a widely spreading coronal mass ejection as it blasts more than a billion tons of matter out into space at millions of kilometers per hour. Photo courtesy of NASA

A Lab technology that originally was developed to make computer chips smaller, faster and more powerful is now being used in space to take images of the sun every 10 seconds with 10 times better resolution than high-definition television.

Lab-developed extreme ultraviolet (EUV) multilayer mirrors are part of the Atmospheric Imaging Assembly (AIA), which is one of three instruments on board NASA’s Solar Dynamics Observatory (SDO) spacecraft. Launched in mid-February, the SDO’s mission is to evaluate the complex mechanisms of the sun and is NASA’s most advanced solar mission to date.

Extreme ultraviolet lithography (EUVL) technology, first demonstrated in the late 1990s, offered the potential to manufacture computer chips with dozens of times more speed and hundreds of times more memory than today’s integrated circuits. At the height of the research venture, about 175 scientists, engineers and technicians at three national laboratories, including LLNL, worked on overcoming the hurdles to allow EUVL to be utilized for future integrated circuit production.

Now the same technology is being put to a different use. A Lab team, led by Physics Division’s Regina Soufli, designed, developed and fabricated the state-of-the-art reflective multilayer coatings — similar to what was used with EUVL — that allow for optimum imaging performance of the mirrors placed in four telescopes on board the SDO. Soufli’s team also had developed the multilayer coatings for two of the most advanced EUVL camera systems from 2000-2002.

But achieving the SDO coatings was no easy task. Each curved mirror requires two reflective multilayer coatings, each covering about half of the 200 millimeter-diameter primary or 80 millimeter-diameter secondary mirror. Each coating needed to be deposited with thickness precision on the order of an atomic diameter.

Moreover, Soufli said masking off the point where the two coatings met was challenging. "We had to get the mask close to the mirror surface without touching it, and had to shape the mask edge using a special design, to minimize detrimental ‘shadowing’ effects on the area being coated."

By playing a clever optimization game, the team — Soufli, Eberhard Spiller, Jeff C. Robinson, Sherry Baker and Jay Ayers — was able to shrink the area where the two coatings overlap from 20 millimeters down to two millimeters.

"This way it enables optimal imaging," Soufli said. "Now we will be able to use every photon of the sun to get the best details and resolution in the images."

NASA’s Solar Dynamics Observatory launched in mid-February. The AIA instrument on the SDO spacecraft consists of an array of four telescopes that provides an unprecedented view of the solar corona, taking images that span ˜1.3 solar diameters in 10 different spectral bands every 10 seconds, at a resolution of 1 arcsecond. AIA will produce essential data for quantitative studies of the evolving coronal magnetic field and its plasma that will be used to significantly improve the understanding of the physics behind the activity displayed by the sun’s atmosphere.

The team had another hurdle to overcome. Before the multilayer coatings were deposited on the polished mirror substrates, the team had to find out if there were any defects or roughness on the surface. They used atomic force microscopy, which revealed features that proved crucial in the performance analysis of the mirrors.

"We had to assess each substrate before we coated them," Soufli said. "We had to know from the beginning what the roughness was because if it was more than originally budgeted, we could lose a significant fraction or all of the reflectivity."

SDO’s findings will revolutionize the study of solar events such as sunspots, flares and coronal mass ejections, which can affect air travel, the electric power grid, satellite communications and astronaut safety.

SDO will observe the sun, from its deep interior to the outermost layers of solar atmosphere by snapping a full disk image in 10 wavelengths every 10 seconds. The satellite has a high-data-rate contact with a dedicated ground station at the White Sands Complex in southern New Mexico.

SDO will send down about 1.5 terabytes of data per day, equivalent to downloading half a million songs each day. That is 50 times more science data than any mission in NASA history.

All solar images will be 4096 pixels by 4096 pixels — almost IMAX quality — providing details of the sun and its features that have rarely been seen before.

There are a total of seven EUV and three UV-visible channels on the four telescopes. Four of the EUV wavelength bands open new perspectives on the solar corona, having never been imaged or imaged only during brief rocket flights.

The Laboratory team also designed and performed the in-band and off-band calibrations of the mirrors at beamline 6.3.2. of the Advanced Light Source at Lawrence Berkeley National Laboratory.  These calibrations are essential for the accurate interpretation of the data transmitted by the AIA instrument.

"We took knowledge we gained from EUVL and advanced it," Soufli said.

Funding for this work was provided by the Smithsonian Astrophysical Observatory.