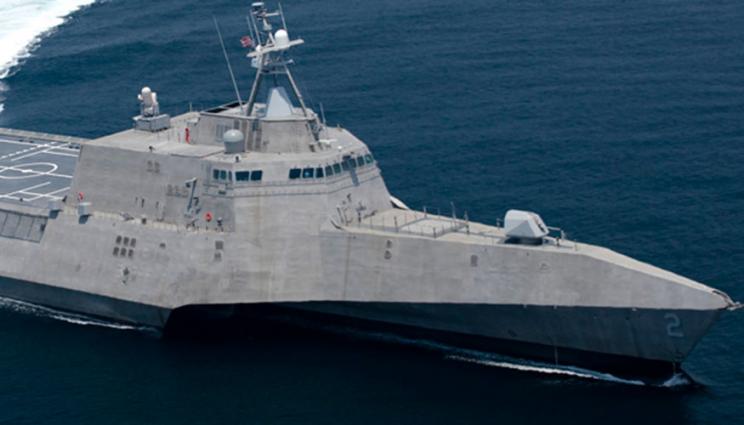 Researchers at Lawrence Livermore National Laboratory are lending their expertise in metal additive manufacturing to a new collaboration aimed at 3D printing critical replacement parts for the U.S. Navy.

Researchers at Lawrence Livermore National Laboratory (LLNL) are lending their expertise in metal additive manufacturing to a new collaboration aimed at 3D printing critical replacement parts for the U.S. Navy.

The Office of Naval Research recently announced an award of $9 million to fund a collaboration led by GE Global Research and aimed at developing a rapid process for creating exact digital models of replacement or newly designed parts for naval, marine and aviation assets. The collaboration involves scientists and engineers from LLNL, GE’s aviation and additive divisions, Honeywell, Penn State University, the Nuclear National Lab (NNL) and the National Center for Defense Manufacturing and Machining (NCDMM).

The goal over the four-year project will be to build "digital twins" from model and sensor-based data, enabling scientists and engineers to dramatically speed up the qualification and certification process of metal 3D printed parts. Researchers hope to someday replace traditional manufacturing processes and produce legacy replacement parts no longer manufactured by conventional methods.

LLNL will contribute its ongoing development of an intelligent, computational "feed forward" design process, which relies heavily on advanced modeling and simulation, as well as experimental analysis, to predict and teach 3D printers to efficiently create parts without defects.

"We’ve come up with a methodology and we think we’ve made some significant progress in part qualification," said Wayne King, head of LLNL’s Accelerated Certification of Additively Manufactured Metals (ACAMM) project. "We’re training the machines to build parts right the first time, every time, and building the confidence of our physicists and project engineers that they are high-quality."

The four-year "Quality Made" program will initially focus on underlying software and hardware developments and move toward developing a complete system demonstrating rapid and robust creation of a part’s digital model or digital twin. The project will culminate in the printing of parts for the Navy using a 3D Direct Metal Laser Melting (DMLM) printer.

"The goal is to learn from data generated with the 3D machine and from the parts themselves to rapidly build, validate and certify a part’s digital model, or Digital Twin, for printing," said Ade Makinde, principal engineer of additive technologies at GE Global Research. "Today, this process can take years. We want reduce it to weeks by enabling the machine and the part give us the relevant data we need to verify its design."