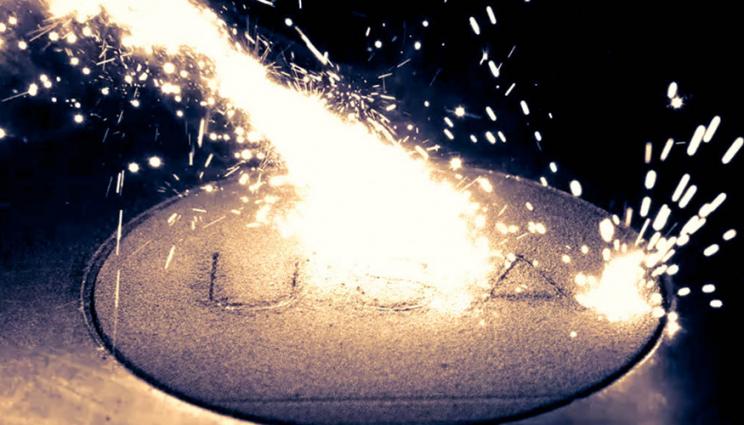 High-speed images of a common laser-based metal 3D printing process, coupled with newly updated computer models, have revealed the mechanisms behind material redistribution, a phenomenon that leads to defects in printed metal parts.

In a study published by Scientific Reports, LLNL scientists combined ultrafast imaging of melt-pool dynamics with high-resolution simulations, finding that particles of liquid metal ejected from the laser’s path during the powder-bed fusion additive manufacturing (PBFAM) process -- commonly called "spatter" -- is caused by the entrainment of metal particles by an ambient gas flow, not from the laser’s recoil pressure, as previously believed.

"People have been assuming that recoil pressure leads to spatter because that’s what the laser welding community has seen," said Sonny Ly, an LLNL physicist and the paper’s lead author. "We imaged right at the melt pool and you could see particles ejected right from the pool due to recoil, but a majority of particles are swept away and entrained by the gas flow. The entrained particles can go back into the laser beam and are melted, leading to a more dominant form of spatter." 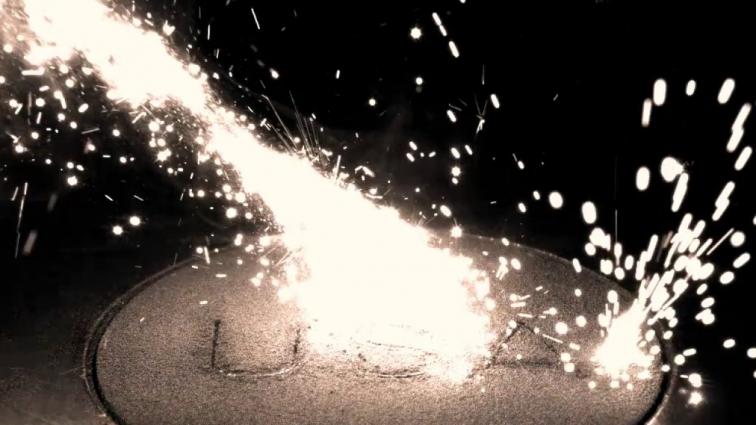 When spatter particles fly out of the laser’s path and land back on the parts, they can contaminate the powder bed and affect the build quality of a layer, Ly explained, leading to roughness, porosity and lack of fusion in finished metal parts.

The high-speed video images were captured with three kinds of cameras, including a sensor capable of up to 10 million frames per second. LLNL engineer Gabe Guss said not only could the researchers see the wave of pressure created by the laser and the counter-drop of molten metal, but also the gas flow above the powder bed that sucked the particles in, where they were either instantly melted or flew through the laser untouched.

"It turns out only about 15 percent of the ejections of molten particles are caused by splashing in the melt pool, which was the assumed mechanism -- the rest is primarily cold particles passing through the laser beam above the melt pool and some other factors," Guss said. "It’s surprising because when one watches commercial printers, you see the hot ejections and they look like they come from simply outward gas pressure, not the inward entrainment effect."

The video images were compared to high-fidelity simulations that were previously validated for other additive manufacturing applications, revealing that the incline of the melt pool influenced the direction of the spatter.

"These cameras can’t show in detail what’s happening below the surface of the melt pool," explained Saad Khairallah, an LLNL computational engineer/physicist who ran the simulations. "The simulations showed a difference in the morphology of the melt pool beneath the laser spot, which allowed us to interpret the experimental observations. This is an example where simulations complement experiments and become a key component in a science story."

The researchers said the findings should help answer fundamental questions about the powder-bed fusion printing process and improve the physics of existing flow models. With a better understanding of the conditions, researchers could establish a baseline and mitigate against the effects of spatter as well as make more efficient use of materials, Ly said.

To view the paper, visit the web.