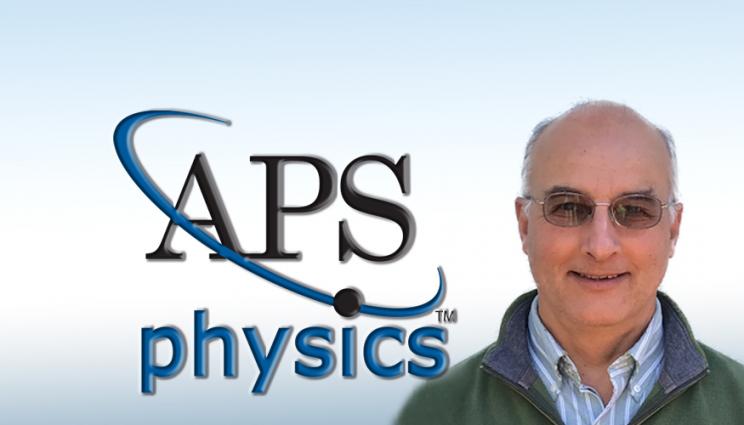 LLNL physicist Peter Celliers was recently elected to the executive committee as vice-chair of the American Physical Society Topical Group on Shock Compression of Condensed Matter.

As an experimentalist at Lawrence Livermore National Laboratory (LLNL) developing diagnostics and experimental techniques in the field of dynamic high-pressure physics, Peter Celliers is on the path of leading a national topical group of the American Physical Society (APS).

Celliers was recently elected to the executive committee as vice-chair of the American Physical Society Topical Group on Shock Compression of Condensed Matter (SCCM). This is the beginning of a four-year commitment to the executive committee of the group. Next year, he will become chair-elect, then the following year he will serve as chair and the year after that he will be past-chair.

This year, he will be responsible for coordinating the fellowship committee, which handles nominations and decides on awards of APS fellow status to members of the group. He will serve on the organizing committee for the 2022 APS March meeting and lead the planning and organization of the focus topic titled "Materials in Extremes."

SCCM was founded in 1984 to promote the development and exchange of information on the dynamic high-pressure properties of materials. It is the premier conference that LLNL attends regarding shock physics. The conference is a major recruitment tool and also demonstrates to the world the advanced understanding of shock and high energy density physics.

“LLNL has traditionally had high visibility at the SCCM conferences dating back to its inception,” Celliers said. “I can recall attending my first conference in 1987 as a graduate student from Vancouver, Canada and my first interactions with scientists from Lawrence Livermore, Los Alamos and Sandia labs.”

He said those early interactions played a large role in his eventual move to join LLNL a few years later.

“The national labs continue to play a large role in presenting cutting-edge science at the SCCM and I hope that our presence will continue to inspire young scientists to seek a future career at LLNL,” Celliers said. “The dynamic compression field has advanced tremendously with the maturing of the major facilities such as OMEGA, the National Ignition Facility (NIF), the Sandia Z facility and sister facilities abroad.”

Celliers has spent a significant part of his tenure within the Lab’s Inertial Confinement Fusion program developing optical velocimetry diagnostics initially on the NOVA laser, then later at the OMEGA facility and now at NIF.

“I have been fortunate to be able to work with a large team of talented colleagues within the NIF Discovery Science program to use various diagnostics to study the metal-insulator transition in fluid hydrogen isotopes on the NIF,” he said. “The work we do has enabled us to contribute to efforts at our sister facilities such as the LLNL-designed line-imaging VISAR installed at the Z facility a couple of years ago.”