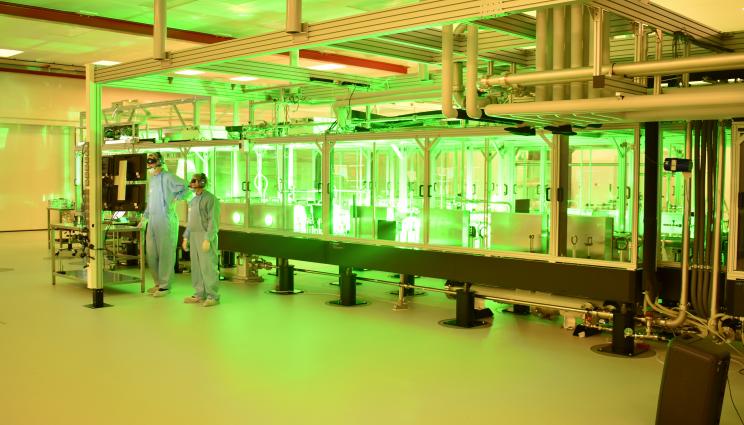 The L3-HAPLS advanced petawatt laser system has been declared fully integrated and operational at the ELI Beamlines Research Center in Dolní Břežany, Czech Republic, and is now ready for integration with the experimental systems and first experiments.

After evaluation by an international peer review group, the L3-HAPLS advanced petawatt laser system has been declared fully integrated and operational at the ELI Beamlines Research Center in Dolní Břežany, Czech Republic. The group assessed the laser performance, determined that all performance parameters have been successfully met -- capable of reaching the 1 petawatt, 10 hertz (Hz) design specification -- and that the system is ready for integration with the experimental systems and first experiments.

L3-HAPLS was designed, developed and constructed by Lawrence Livermore National Laboratory’s (LLNL) NIF and Photon Science (NIF&PS) Directorate and delivered to ELI Beamlines in June 2017. Since September 2017, an integrated team of scientific and technical staff from LLNL and ELI Beamlines has worked intensively on the installation of the laser hardware.

"Developing an unprecedented laser system is an incredible undertaking -- as is moving that technology 6,000 miles across the Atlantic," said Constantin Haefner, LLNL’s program director for Advanced Photon Technologies in NIF&PS. "This level of success was enabled by a smart, talented and capable team of international professionals who worked tirelessly to develop and deliver the next generation of petawatt lasers."

Leading the L3-HAPLS project allowed LLNL to draw on its decades of pioneering laser research and development and apply that expertise to advance new laser concepts important for its mission as a national laboratory. The system consists of the main petawatt beamline capable of delivering 45 joules (J) of energy per pulse and is energized by diode-pumped lasers, capable of delivering up to 200J of energy per pulse.

The system has now been ramped to its first operation point of 16 joules and a 27 femtosecond pulse duration at a 3.3Hz repetition rate (3.3 times per second), equivalent to a peak power of approximately 0.5 petawatt after the pulse compressor. This operational point was established to learn and conduct first experiments at a moderate repetition rate. 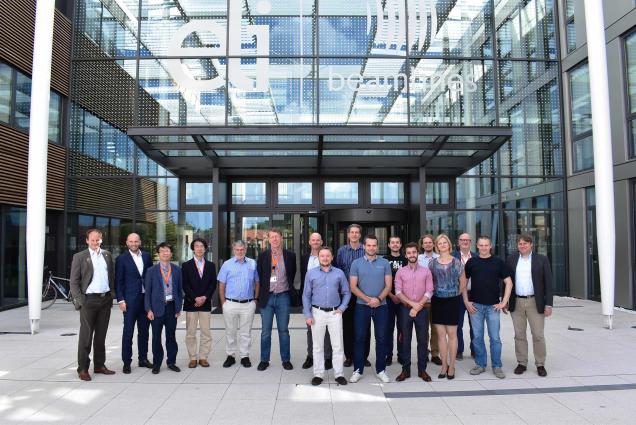 "In order to fulfill ELI’s mission to enable revolutionary scientific experiments, ELI Beamlines introduced exacting requirements that meant that Livermore was the only organization capable of delivering such a complicated and state-of-the-art system," said Roman Hvezda, project manager of ELI Beamlines. "After meeting every milestone along the way, this collaboration has successfully delivered L3-HAPLS, which will not only serve as the flagship of ELI Beamlines but also gives us the competitive edge over other facilities in the future. The full integration of this laser system marks the beginning of commissioning the experimental systems to conduct science that can’t be done anywhere else in the world."

The collaboration extended beyond just LLNL and ELI Beamlines. By partnering with industry -- and drawing on LLNL’s expertise laser research and development -- the team delivered key advancements, including the world’s highest peak power diode arrays; a pump laser generating up to 200 joules at a 10 Hz repetition rate; a gas-cooled short-pulse titanium-doped sapphire amplifier; a dual chirped-pulse-amplification high-contrast short-pulse front end; and an energetic gigashot laser pump source for pumping the short-pulse preamplifiers and others.

"These innovations not only distinguish L3-HAPLS from other petawatt lasers -- they represent a quantum leap in technology," said Haefner. "Many of these advancements have already made it to market, where they have the potential to enable advancement in a variety of areas beyond science."

L3-HAPLS will have a wide range of uses, supporting both basic and applied research. By focusing petawatt peak power pulses at high intensity on a target, the system will generate secondary sources such as electromagnetic radiation or accelerate charged particles, enabling unparalleled access to a variety of research areas, including time-resolved proton and X-ray radiography, laboratory astrophysics and other basic science and medical applications for cancer treatments, in addition to industrial applications such as nondestructive evaluation of materials and laser fusion.