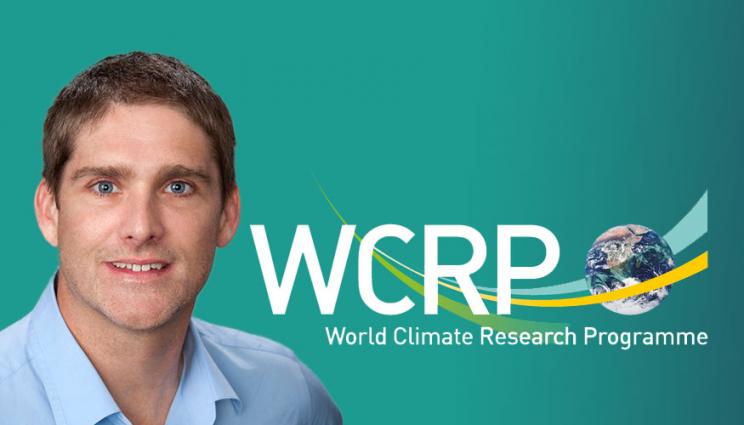 LLNL research scientist Paul Durack has been awarded the World Climate Research Programme 2018 Data Prize for his leadership of the input4MIPs project, which began in 2016.

Research scientist Paul Durack from the Program for Climate Model Diagnosis and Intercomparison (PCMDI) at Lawrence Livermore National Laboratory (LLNL) has been awarded the World Climate Research Programme 2018 Data Prize for his leadership of the input4MIPs project, which began in 2016.

In making the selection, the committee considered a range of criteria, including the importance of the contribution in the field, but also the community impact and supporting statements by referees.

WCRP and GCOS established the prize in recognition of the essential role data sets play in support of climate science. It is awarded annually for an outstanding contribution to data product generation, data management, data preservation, data monitoring and other data relevant activities by an early- to mid-career researcher. It comprises a certificate signed by the chairs of the WCRP JSC and GCOS SC as well as funding for the recipient to present the results of his/her research at a major relevant conference or meeting of his/her choice.

The input4MIPs project is the most recent contribution by the PCMDI to the research field of climate science. It has developed standards for providing the data sets needed as input to climate model simulations, and it documents, archives and makes accessible those data sets to facilitate sound scientific analysis.

This contribution continues a four-decade legacy of LLNL leadership in international climate science, which began with the establishment of PCMDI at LLNL in 1989 under the direction of Larry Gates. PCMDI has led the development of the international climate model intercomparison projects (MIPs), which grew from the first Atmospheric Model Intercomparison (AMIP) activities in 1989 and has expanded over the following decades into the Coupled Model Intercomparison Project (CMIP), currently underway in it’s sixth phase (CMIP6). The CMIP6 project includes 44 international modeling centers from 27 countries, contributing simulations from 101 individual model configurations. CMIP6 is a considerable expansion from the prior MIP phases (CMIP5, CMIP3, CMIP2, CMIP1, AMIP2 and AMIP1), which extend back to the late 1980s. During this period, PCMDI has been supported by the  Department of Energy, Office of Science, Regional and Global Model Analysis Program.

LLNL also has led the development of the Earth System Grid Federation (ESGF), which provides the computational infrastructure that underpins CMIP6, a project led by LLNL’s Dean Williams, Abdulla Ghaleb and their team. The LLNL ESGF system for CMIP6 is expected to host 20-plus petabytes of CMIP6 data across the international federation during the next couple of years, building on the success of ESGF with the previous CMIP5 phase data, which totaled 2 petabytes. In addition to climate model data, the obs4MIPs project, also led by LLNL scientists, aims to bring observational datasets to the models, facilitating observation-model intercomparison and analysis and exposing a multitude of observational datasets to analysts by leveraging the data conventions that have been developed at PCMDI as part of the numerous MIPs.

The WCRP data prize was established in 2016 and is since awarded annually in conjunction with the "WCRP/WWRP International Prize for Model Development," which was first awarded in 2014. Together, these two prizes for notable achievements in model and data development aim to honor, recognize and foster research activities in their respective fields, as well as stress their mutual interdependence.