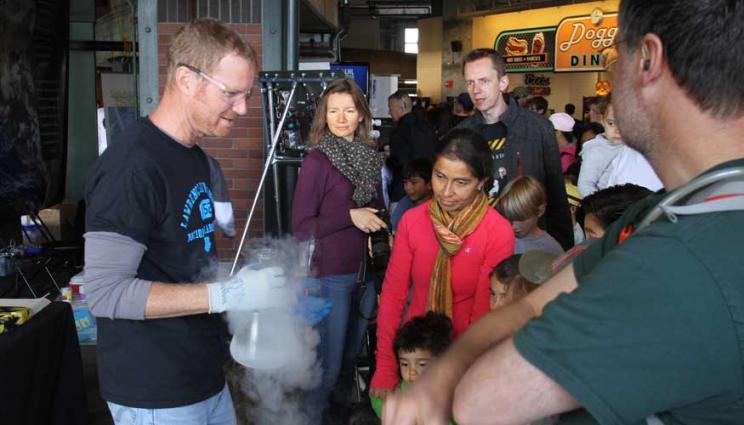 LLNL brings science to the masses

The event was the culmination of the Bay Area Science Festival's weeklong science festivities, which featured more than 150 fun, interactive science and technology events.

During the event, Lawrence Livermore National Laboratory participated by bringing science to the masses.

Situated on the first tier along the third base line, the Lab booth was in prime position to welcome visitors and drew in a constant crowd. Science enthusiasts, young and old, flocked to the LLNL booths to participate in "Fun With Science" experiments, test their knowledge with a Science Challenge Game and discover what kind of lightbulbs are the most efficient by pedaling their way to power on the Lab's energy bike. Those cyclists also tested their legs on how much energy it takes to power a blender, which whipped up smoothies for participants. 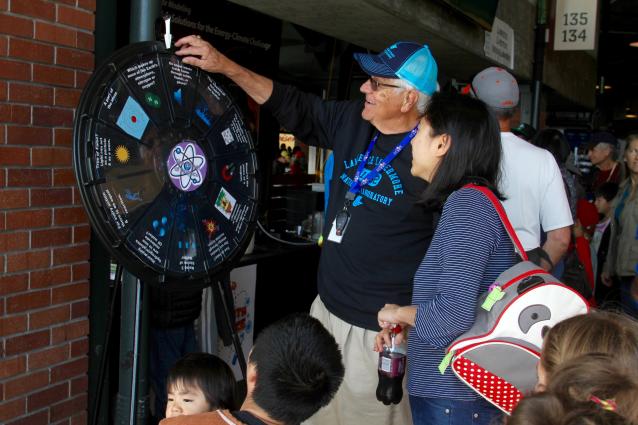 Participants lined up to take a look through a pair of virtual reality glasses to get a 360 degree view of the National Ignition Facility and the Lab’s Additive Manufacturing lab.

Throughout the day, Lab volunteers and retirees Nick Williams and George Beck and scientist Harold Rogers drew crowds with the Lab's popular "Fun With Science" presentation, translating topics such as air pressure, chemical reactions and electricity into interactive experiments such as "Elephant Toothpaste," "Marshmallow Man" and "Leaky Bottle."