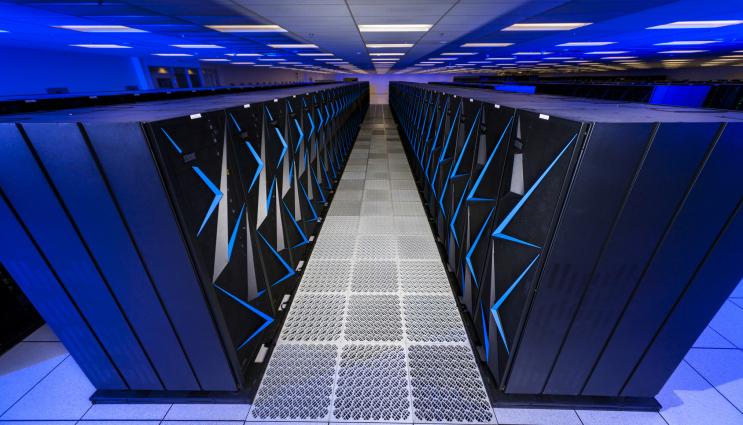 Lawrence Livermore National Laboratory’s (LLNL) next-generation supercomputer, Sierra, is the third-fastest computing system in the world, according to the TOP500 list announced today at the International Supercomputing Conference in Frankfurt, Germany.

Expected to be fully operational this fall, Sierra will support the National Nuclear Security Administration’s (NNSA) core mission of ensuring the safety, security and effectiveness of the nation’s nuclear stockpile. It is anticipated to go into production for classified work in 2019 with capabilities in machine learning and high-resolution modeling and simulation, and will perform complex multi-physics calculations at speeds far beyond any other supercomputer deployed by NNSA, a semi-autonomous agency within the Department of Energy. 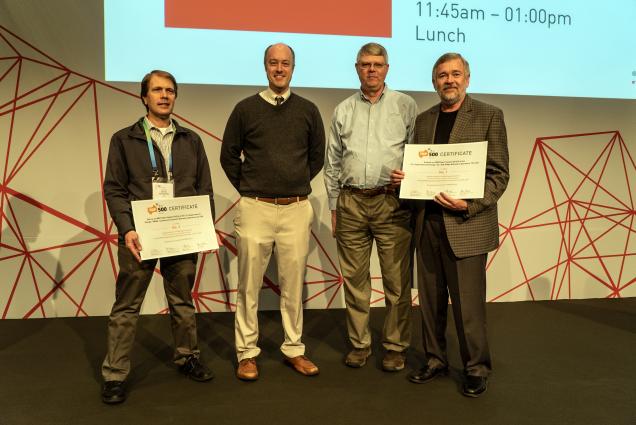 "NNSA and its predecessors have led the nation and the world in development of supercomputing technology since World War II," said NNSA’s Advanced Simulation & Computing Program Director Mark Anderson. "Sierra is the latest instantiation in this proud tradition and is optimized to provide maximum efficiency for the NNSA mission."

Running a standardized benchmark test utilized by the TOP500 organization on a portion of the system, Sierra clocked in at nearly 72 petaFLOPS (quadrillion floating-point operations per second) in maximum performance, placing it behind China’s Sunway TaihuLight, a system developed by China’s National Research Center of Parallel Computer Engineering & Technology (NRCPC) but ahead of the next fastest Chinese supercomputer, the Tianhe-2 (MilkyWay-2). Sierra is expected to top out at 125 petaFLOPS of peak performance, about six to 10 times more powerful than LLNL’s current flagship system Sequoia.

"Sierra will be needed to meet the demanding requirements of the Life Extension Programs (LEPs) and other mission deliverables into the 2020s," said LLNL’s Program Director for Advanced Simulation & Computing Mike McCoy. "Our preparatory work in advanced architectures on Sierra is already bearing fruit through improved simulation capability."

Sierra’s TOP500 result means the U.S. currently has two of the three fastest computers in the world, with the top slot occupied by Oak Ridge National Laboratory’s Summit system, which recorded 122 petaFLOPS on the benchmark test. Summit and Sierra are both the deliverables of CORAL (the Collaboration of Oak Ridge, Argonne and Livermore) partnership, and were made possible through a public-private partnership with vendors IBM, NVIDIA and Mellanox. Red Hat is supplying Sierra’s open source operating system.

Like Summit, Sierra is built by IBM and is a heterogeneous supercomputer, comprised of a total of 8,640 IBM Power9 central processing units (CPUs) and 17,280 NVIDIA Tesla V100 Tensor Core graphics processing units (GPUs), which could be used to explore cognitive simulation capabilities for stockpile stewardship applications. It is the first system of its kind produced for NNSA.

"Summit and Sierra are very similar systems," said Livermore Computing’s Chief Technical Officer Bronis de Supinski. "However, by only deploying four GPUs per node, Sierra offers higher CPU to GPU bandwidth per GPU, which we have found is critical to achieve performance for our applications."

"The Sierra machine goes further than any previous machine to enable our stockpile stewardship mission with strong performance across a wide range of applications," added Adam Bertsch, Livermore Computing’s integration manager for Sierra.

The TOP500 list is compiled twice a year and is based on scores from the LINPACK benchmark, which involves solving a dense system of linear equations. The next TOP500 List will be released at the 2018 Supercomputing Conference in Dallas in November.