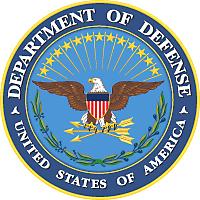 LLNL served as technical lead and integrator on an important test to assess a new conventional warhead designed by the Lab.  Dave Hare, Livermore's program manager of the test, called it an "unequivocal success."

Below is the press release from the Department of Defense

The Defense Department announced recently the successful testing of an advanced conventional precision effects warhead, a critical part of a national effort to establish a conventional prompt strike capability. This capability will contribute to the country's ability to defend its interests with precision weapons at hypersonic speeds.

During an interview with American Forces Press Service, Susan Hurd, special assistant to the director of strategic warfare, called the test a significant technology advancement. "The successful execution of this high-speed sled test of a Kinetic Energy Projectile warhead was a necessary step in the progression to a conventional prompt strike capability," she said. "Now that we've demonstrated that the warhead functions in a flight representative environment we're one important step closer to that goal."

Hurd emphasized this test was "critical" in order to subject the warhead to the "dynamic environment it would see in flight."

"The sled test was designed to be representative of conditions of flight and target engagement for the warhead," she said.

The 846th Test Squadron conducted the successful test at the Holloman High Speed Test Track, located on Holloman Air Force Base, New Mexico. Hurd noted that  Lawrence Livermore National Laboratory was responsible for the design and development of the warhead itself, while the event was managed by the U.S Air Force Space and Missile Systems Center.

Holloman High Speed Test Track also fielded a wide range of diagnostics and instrumentation to collect data and designed the sled train that was used to push the warhead down the track to extremely high velocity, she added.

During the test, according to Hurd, the sled train exceeded 3,500 feet-per-second - greater than Mach 3 or three times the speed of sound.

In addition to testing the warhead under the dynamic conditions of flight, a second objective, Hurd noted, was to collect data to "update and verify our computer modeling and simulation codes that enable us to predict warhead performance." This program used high performance computers to design the very complex warhead.

The data collected during this test will be applicable to all CPGS concepts under consideration, according to the DOD news release.

"The CPGS program is focused on developing technologies in support of developing a future concept," she said.

Hurd emphasized that the CPGS technology development and demonstration program is using a nationally integrated team."We're working across all the military services," she said. "We're working with Department of Energy and DOD laboratories and agencies like the Defense Advanced Research Projects Agency. Experts from all over the country are working together to develop a conventional prompt strike capability for the nation."