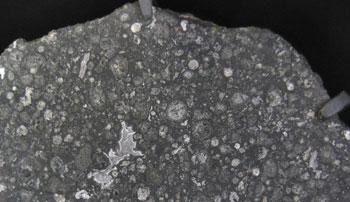 Research conducted by Livermore scientists that determined some of the oldest objects in the solar system formed far away from our sun and then later fell back into the mid-plane of the solar system has landed a top spot in this year's NASA Science Highlights.

The research may lead to a greater understanding of how our solar system and possibly other solar systems formed and evolved.

Calcium, aluminum-rich inclusions (CAIs), roughly millimeter- to centimeter in size, are believed to have formed very early in the evolution of the solar system and had contact with nebular gas, either as solid condensates or as molten droplets. Relative to planetary materials, CAIs are enriched with the lightest oxygen isotope and are believed to record the oxygen composition of solar nebular gas where they grew. CAIs, at 4.57 billion years old, are millions of years older than more modern objects in the solar system, such as planets, which formed about 10-50 million years after CAIs.

Using Lawrence Livermore's NanoSIMS (nanometer-scale secondary-ion mass spectrometer) -- an instrument that can analyze samples with nanometer-scale spatial resolution -- LLNL scientists in conjunction with NASA Johnson Space Center, University of California, Berkeley and the University of Chicago measured the concentrations of oxygen isotopes found in the CAIs.

In the recent research, the team studied a specific CAI found in a piece of the Allende meteorite. Allende is the largest carbonaceous chondrite meteorite ever found on Earth. It fell to the ground in 1969 over the Mexican state of Chihuahua and is notable for possessing abundant CAIs.

For more information on the research, see the first item on the NASA Science Highlights Website. 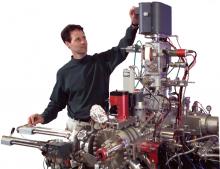 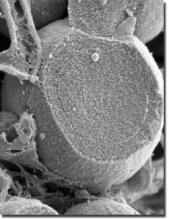 Microbes at work cleaning up the environment

Piecing together the cyanobacteria puzzle