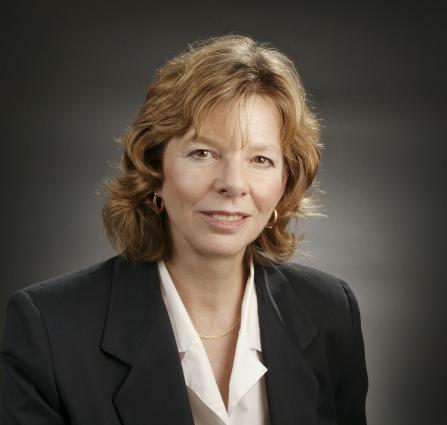 LIVERMORE , Calif. — Cherry Murray, the deputy director for Science and Technology at Lawrence Livermore National Laboratory, has been elected vice president of the American Physical Society (APS) for 2007. The assignment begins January 1, 2007, and will last four years.

Following her year as vice president, she will successively become president-elect, president and then immediate past president. Throughout the four years Murray will be a member of the council and executive board, and will chair both bodies while serving as president.

"I'm extremely honored to take on this role," said Murray. "APS is a world-renowned advocate not only for physics but all of science. I look forward to serving not only APS, but representing this prestigious group in the international physics community."

"I cannot think of a better candidate to take on this important role,"said LLNL Director George Miller. "As vice president and president, Cherry will provide exceptional leadership to the APS and the broader scientific community. As has been noted by several recent studies, now is a critical time for the future of American science and competitiveness. Cherry and the APS will be important players in resolving the issues facing the future of science in this country."

APS has long been considered one of the most noteworthy scientific societies in the nation. Founded in 1899 out of Cornell, its mission is to "advance and diffuse the knowledge of physics." Today membership consists of more than 40,000 members. APS publishes Physical Review and other publications. APS is active in public and governmental affairs, and in the international physics community. Last year APS led U.S. participation in the World Year of Physics, a 100-year celebration of Albert Einstein and some of his most important theories.

APS also monitors the human rights of scientists around the globe, and recognizes professional accomplishment with a spectrum of prizes, awards and the election of APS Fellows.

As vice president Murray will serve on APS’ Panel of Public Affairs and chair the Fellowship Committee, including the Congressional Fellow Selection Committee. As president, she will speak for the APS in a variety of forums, award APS prizes and represent APS on the Council of Scientific Society Presidents.

Murray will continue to serve as deputy director at Lawrence Livermore throughout her term at APS. Murray joined the Lab in 2004, where she is the senior executive responsible for overseeing the quality of science and technology in the Laboratory’s programs and disciplines.

Prior to joining the Lab she worked at Bell Labs, Lucent Technologies, where she served as senior vice president for Physical Sciences and Wireless Research. Murray is nationally recognized for her work in surface physics, light scattering and complex fluids. She is a member of the National Academy of Science, the National Academy of Engineering, and the American Academy of Arts and Sciences. In 2002, Discover Magazine named her one of the "50 Most Important Women in Science."

Murray received her bachelor's degree and doctorate in physics from Massachusetts Institute of Technology. She serves on the governing boards of the National Research Council and Argonne National Laboratory, and the Executive Board and Council of the National Academy of Science. Murray also is a fellow of APS and the American Association for the Advancement of Science. In 1989, she won the APS Maria Goeppert-Mayer Award and in 2005 she was awarded APS’ George Pake Prize. She is the author of two patents and more than 75 publications.