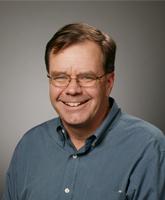 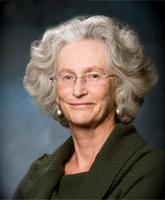 LIVERMORE, Calif. -- Lawrence Livermore National Laboratory's (LLNL) Christopher Keane and Jane Long have been awarded the distinction of fellow of the American Association for the Advancement of Science (AAAS).

Election as a fellow is an honor bestowed upon AAAS members by their peers to recognize distinguished efforts to advance science or its applications. This year, AAAS awarded 702 members with this honor.

Keane is being recognized for "distinguished technical and scientific leadership in developing inertial confinement fusion and high energy density science, and leading a robust global science community in this area."

"I'm very pleased with this recognition and would like to acknowledge current and former colleagues at LLNL, the Department of Energy and elsewhere that made this award possible," Keane said. "I'm particularly gratified to see the importance and quality of the science done at NIF and other major high energy density facilities recognized by AAAS and the broader scientific community."

Keane serves as director of the National Ignition Facility's (NIF) User Office at LLNL. He received bachelor's degrees in both physics and engineering from the University of Rochester and a doctorate in plasma physics from Princeton University. Following this, Keane joined the Inertial Confinement Fusion Program at LLNL, performing computational and experimental research in X-ray lasers, inertial confinement fusion and ultra-high intensity laser-matter interaction.

Keane is a member of the American Physical Society and a recipient of the NNSA Silver Medal, NNSA Defense Programs Award of Excellence and Fusion Power Associates Special Award.
Jane Long, who recently retired from LLNL, has been recognized by AAAS for "distinguished contributions to assessing the societal implications of technology development, including in areas of climate change, geoengineering, nuclear waste and energy technology."

Long is a senior contributing scientist for the Environmental Defense Fund, visiting researcher at UC Berkeley, consultant for geoengineering at the Bipartisan Policy Center and chairwoman of the California Council on Science and Technology's (CCST) California's Energy Future committee. At the Laboratory, Long was the principal associate director at large and fellow in the LLNL Center for Global Strategic Research and the associate director for Energy and Environment. Her current work is in strategy for climate change including reinvention of the energy system, adaptation and geoengineering.

Long credits former LLNL Director George Miller as part of the reason she received the AAAS fellowship. Miller assigned her to be associate director at large with a job description he summed up as "do what's right."

"In doing this, he gave me a highly unusual chance to develop projects in energy and climate change that are important for society but very difficult to fund," Long said. "I am very grateful for what George Miller did, and feel this award is some recognition of having made good use of the opportunity."

In addition to the AAAS fellowship, Long has earned many other honors including being named Alum of the Year in 2012 by the Brown University School of Engineering; associate of the National Academies of Science (NAS) and a senior fellow of the California Council on Science and Technology (CCST) and the Breakthrough Institute.

Prior to coming to Livermore, Long was the dean of the Mackay School of Mines with academic departments in geological sciences, mining engineering and chemical engineering and materials science and engineering as well as the Nevada Seismological Laboratory, the Nevada Bureau of Mines and Geology and the Keck Museum.

Keane and Long will be honored at the 2013 AAAS Annual Meeting in Boston on Feb.16.