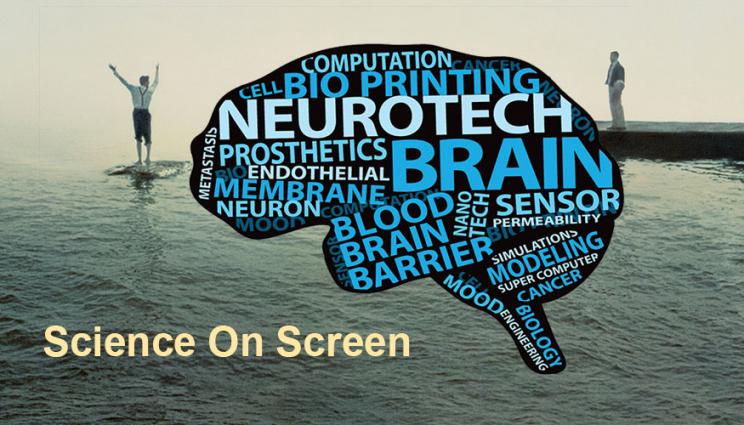 Now in its fifth year, Lawrence Livermore National Laboratory is once again partnering with The State Theatre in Modesto for "Science on Screen," two Saturdays a month in March and April. The 2019 theme is all about the brain.

Lawrence Livermore's 'Science on Screen' brings neuroscience to the movies

Now in its fifth year, Lawrence Livermore National Laboratory (LLNL) is once again partnering with The State Theatre in Modesto to bring "Science on Screen" to the theater two Saturdays a month in March and April. The 2019 theme is all about the brain.

Science on Screen is a free educational program geared to middle, high school and college students that creatively pairs cutting-edge science by leading LLNL researchers with a feature film on a similar subject matter, providing the perfect combination of enlightenment and entertainment. Students may receive extra credit for attending and prizes will be awarded to the top three classrooms with the most students attending over the four programs.

The series will be held at The State Theatre, 1307 J. St. in Modesto, and will kick off Saturday, March 16, with LLNL scientists Tim Carpenter and Nicholas Be discussing "Crossing the Blood Brain Barrier: One Byte at a Time." This lecture is paired with the 1990 movie "Awakenings."

Doors will open at 2 p.m. with the lecture portion beginning at 2:30 p.m. The feature-length film will follow at 3:15 p.m. Seating is on a first-come basis. There is no pre-registration.

Science on Screen is funded by a grant through the Alfred P. Sloan Foundation and the Coolidge Corner Theatre. The privately funded, nonprofit State Theatre is partnering with LLNL’s University Relations and Science Education Program to provide the science-based content highlighting LLNL’s cutting-edge research. This partnership hopes to inspire and engage students in science, technology, engineering and math (STEM) education.