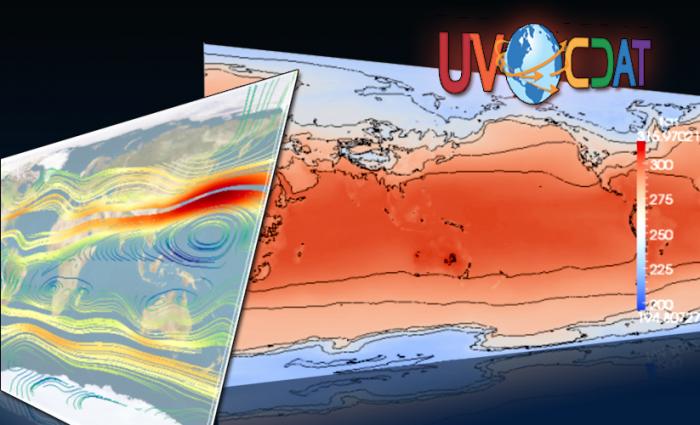 Multiple visualization libraries can be accessed through the Ultrascale Visualization Climate Data Analysis Tools (UV-CDAT) system. The software program supports a wide range of one-, two- and three-dimensional visualization techniques, such as Data Visualization 3D (left) and ParaView plot (right).

The FLC national recognition award, which will be given in the interagency partnership category, will be presented April 29 during the consortium’s three-day national meeting at the Embassy Suites Hotel in Denver, Colorado.

Since 1985, LLNL has garnered 35 national awards for technology transfer from the FLC. 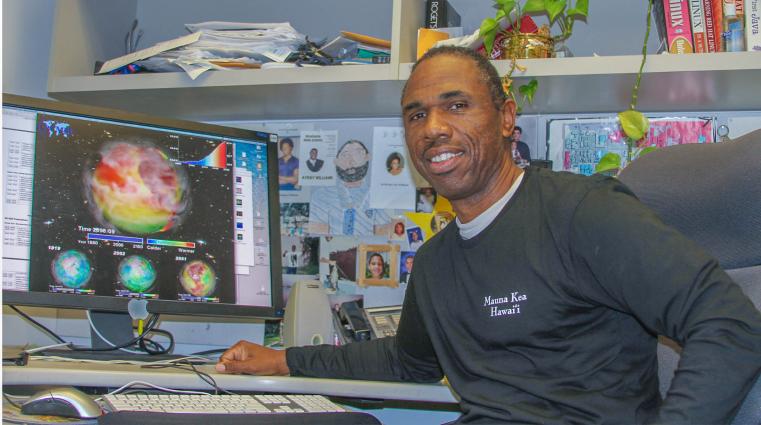 With the UV-CDAT, the software development team has achieved something that never before has been attempted, much less completed, at this level of software engineering for the climate community: the integration of more than 70 disparate scientific software packages and libraries for large-scale data analysis and visualization.

The UV-CDAT tool is the first system to be successfully designed to run unrelated analysis and visualization tools and techniques while capturing independent workflows for enhancing reproducibility.

The UV-CDAT's development was fueled by exponential increases in the computational and storage capabilities of high-performance computing platforms and the evolution of climate simulations toward high numerical fidelity, complexity and volume. These technological advances are coming at a time of explosive growth in climate data, with estimates of tens to hundreds of exabytes of data by 2025.

Much of the work to establish the UV-CDAT partnership was handled by LLNL project principal investigator Dean Williams, the head of Computation's Analytics and Informatics Management Systems team. Leah Rogers, a former business development executive in the Laboratory’s Industrial Partnerships Office, assisted with portions of the partnership.

This is the third year in a row that Williams and his teams have garnered an FLC award. In 2014, the UV-CDAT software work received a Far West/Mid-Continent regional FLC award for technology transfer. And in 2013, the team won an "outstanding partnership" regional award for its "Earth System Grid Federation."