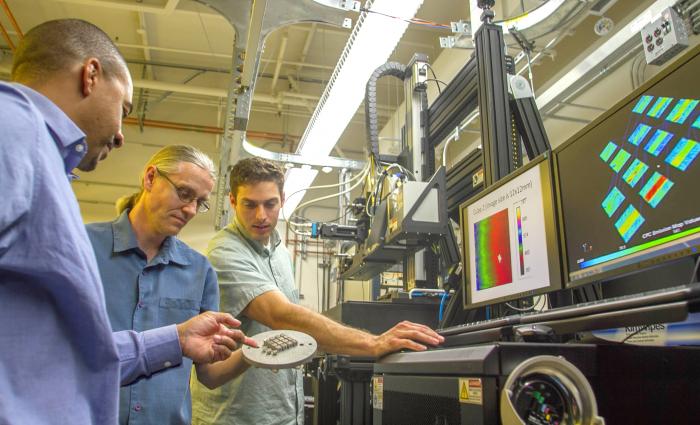 Researchers at Lawrence Livermore National Laboratory (LLNL) have taken a major step toward answering a question plaguing a common metal 3-D printing technique: What interactions can lead to the porosity found in parts produced by laser powder-bed fusion processes?

In a paper published in the May 20 edition of the journal Acta Materialia online, LLNL researcher Ibo Matthews and his team discovered that gas flow, due to evaporation when the laser irradiates the metal powder, is the driving force that clears away powder near the laser’s path during a build. This "denudation" phenomenon reduces the amount of powder available when the laser makes its next pass, causing tiny gaps and defects in the finished part.

"During this process you get to temperatures that are near or at the boiling point of the metal, so you have a strong vapor flux emitted from the melt pool," Matthews explained. "Prior to this study, there wasn’t an understanding of what effect this flux of metal vapor had on the powder bed."

Using a custom-built microscope setup, a vacuum chamber and an ultra high-speed camera (provided by the Lab’s High Explosives Applications Facility), Matthews’ team observed the ejection of metal powder away from the laser during the melting process, and, through computer simulation and fluid dynamics principles, built models to help explain the particles’ movement.

"(Matthews) has discovered a phenomenon that we didn’t know was present in metal powder-bed additive manufacturing, and this is an effect that has important implications for part quality and build speed," said Chris Spadaccini, director of Additive Manufacturing Initiatives for the Lab. "It is also something we now know we will have to capture with our models, so new physics is being added to the simulation codes."

Wayne King, director of the Accelerated Certification of Additively Manufactured Metals project at LLNL, called the findings a "big step forward" for the process.

"It’s one of those things that nobody really had a clue about why it happened," King said. "What this (research) does is bring us closer to an understanding of the process, which will eventually lead to a reduction in defects of parts. The (updated) models should help us optimize the process and give us the best chance at getting the best part."

Matthews said the next steps are to investigate how porosity develops in real-time and, using the new information, explore both advanced diagnostics and modifications to the process for improving build quality.

"Now having the physics better understood, we can simulate the process more accurately and make enhancements to our manufacturing efforts," Matthews said. "In the end, we want to be able to use simulation to build the confidence that we’re making parts with little or no defects."