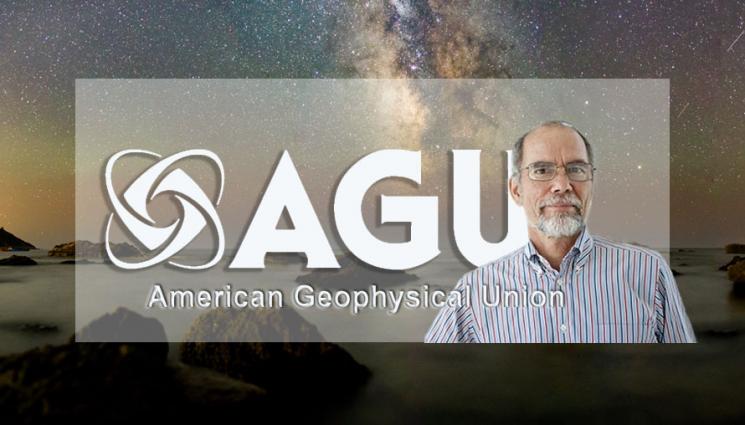 LLNL climate scientist Karl Taylor has been selected as a fellow of the American Geophysical Union.

The AGU, with a membership of more than 60,000, is an international scientific association that spans the major disciplines of earth and space sciences. Each year a tenth of a percent of the members become fellows in recognition of their scientific eminence. According to the AGU, "their breadth of interests and the scope of their contributions are remarkable and often groundbreaking."

Taylor was cited "for improving our ability to evaluate and intercompare climate models, and for advancing understanding of climate forcings, responses and feedbacks." At LLNL, Taylor is a member of the Program for Climate Model Diagnosis and Intercomparison (PCMDI) and served as its director for seven years before stepping down to focus on research and leadership of the Coupled Model Intercomparison Project (CMIP). CMIP is an internationally coordinated effort by the climate modelling community to further understanding of climate variability and change through systematic model experimentation. Taylor co-chairs a World Climate Research Program panel for development of software infrastructure in support of CMIP and is a member of the CMIP panel, which oversees the scientific design of the CMIP experiments.

Taylor also has served the climate research community by contributing to the Scientific Assessment Reports of the Intergovernmental Panel on Climate Change (IPCC) -- as lead author of the chapter on "Climate Models and Their Evaluation" (in 2007), as review editor (2013) and as contributing author to a total of seven chapters in the 1995, 2001 and 2007 reports. The IPCC was awarded the 2007 Nobel Peace Prize (jointly with Al Gore) for its efforts to "build up and disseminate greater knowledge about man-made climate change." Taylor and the Lab’s PCMDI group shared in that award.

Working as a climate and atmospheric scientist at the Lab for more than 30 years, Taylor's interests have spanned a wide range of topics, including climate modeling, climate change detection and attribution, paleoclimates, climate sensitivity and feedback processes, the unintended consequences of geoengineering, and metrics for gauging model performance.

"I am proud to have been honored in this way," Taylor said. "The personal recognition also reflects on the scientific impact our group at LLNL has had on international climate modeling research. My close colleagues at PCDMI deserve to share in this honor."

One of Taylor's colleagues, LLNL scientist Ben Santer (who also is an AGU fellow) said: "I am delighted that AGU recognized Karl for his innovative research, his intellectual leadership of major model intercomparison projects and his tireless service to the climate science community. We are fortunate to have him as our colleague."

Taylor has received other awards. In 2010 the American Meteorological Society presented him and his PCMDI colleagues with a Group Award "for leadership in implementing, maintaining and facilitating access to the CMIP3 multi-model dataset archive, which led to a new era in climate system analysis and understanding." As second author, he also shared with Santer (lead author) and co-authors the 1998 Norbert Gerbier-Mumm International award, given by the World Meteorological Organization, for their paper on the detection and attribution of human influences on climate change.

Among Taylor's other papers is a 1995 article with former Lab researcher Joyce Penner, describing the response of the global climate system to sulphate aerosol increases. This was the first study of its kind with a global climate model that included a fully interactive treatment of aerosols. Rcently, he and co-authors published a paper about the CMIP5 experiment design, which has been cited thousands of times, reflecting the impact of CMIP on climate science research.

Taylor also developed an innovative diagram that is used to summarize and display measures of model performance. Now referred to as a "Taylor diagram," it appears in hundreds of research papers each year and is included routinely as part of model evaluation procedures at several major modeling centers.

Before joining the Laboratory, Taylor earned his bachelor’s degree in physics from Pomona College and his master’s degree and Ph.D. in geology and geophysics from Yale. He also was a faculty member of the Physics Department at the University of Florida prior to his employment at the Lab.

Taylor will receive his award at the AGU Fall Meeting in San Francisco in December.