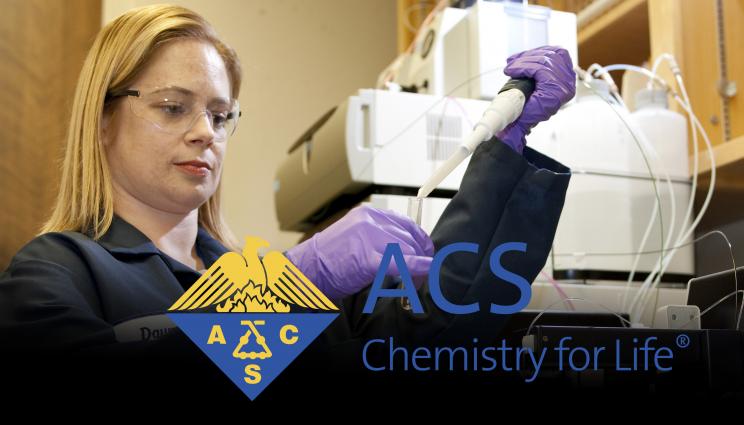 The fellows program began in 2009 to recognize and honor ACS members for outstanding achievements in and contributions to science, the profession and ACS.

Shaughnessy is the group leader for experimental nuclear and radiochemistry and the principal investigator for the heavy element group at LLNL. She led a group in the naming of the heavy element 116, which is named Livermorium to honor LLNL and the city of Livermore, California.

She and her team are working on a method to automate the sample preparation and detection methods so that chemistry measurements will take a minute as opposed to up to five minutes if done by hand. Her team will be able to analyze a single atom at time. The method will be applicable to other applications -- from isotope analysis to nuclear forensics.

"I am very honored that my colleagues in nuclear and radiochemistry nominated me for this fellowship," she said. "I truly enjoy working with them and the American Chemical Society in promoting nuclear chemistry to the next generation of scientists."

Shaughnessy was introduced to her career when she received a chemistry set in junior high. Unlike many children who play with the kit for a few weeks and then forget it, Shaughnessy didn’t, conducting experiments beyond the basic chemistry the kit included. When she got to high school, there wasn’t a lot of equipment to do experiments, but that didn’t deter her.

Her first chemistry class in college as a freshman led her to become a chemistry major. "I thought nuclear chemistry was the coolest thing ever. To me, it really hit me and was something I really wanted to do," she said. She earned her Ph.D. in chemistry from the University of California, Berkeley.

Out of college, Shaughnessy knew there was only one place she could go to continue her research in nuclear chemistry: a national laboratory. She chose Lawrence Livermore in 2002 for a number of reasons but mainly because "the research is going to help the country."

She was inducted into the Alameda County Women’s Hall of Fame in Science in 2011 and was awarded the inaugural LLNL Early and Mid-Career Recognition Award.

She will be honored at a ceremony and reception on Aug. 20, during ACS’ national meeting and exposition in Boston.