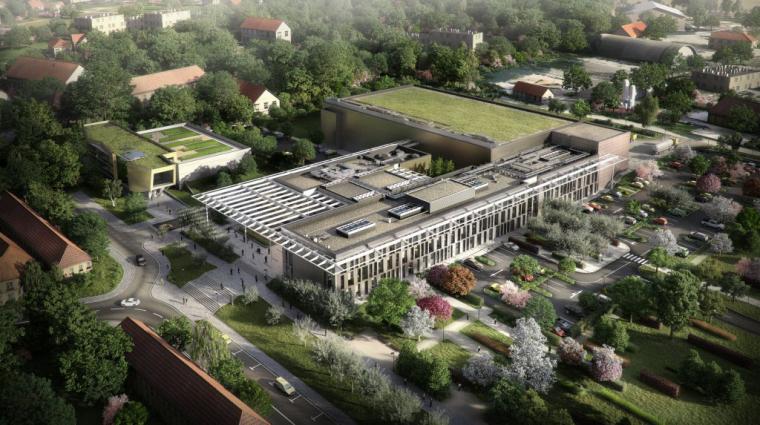 The High Repetition-Rate Advanced Petawatt Laser System, or HAPLS, will be designed, developed, assembled and tested at Lawrence Livermore. It will be transferred to the ELI Beamlines facility in 2016, where it will be commissioned for use by the international scientific community. 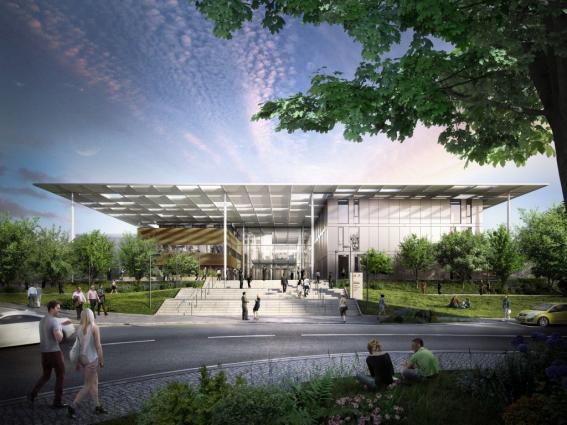 Artist renderings of the ELI Beamlines facility, currently under construction in the Czech Republic.

A CAD image of the ELI-HAPLS laser.

Funds were received today, allowing the project to begin immediately. The agreement will deliver a laser system with performance far more advanced than current laser systems in the world. This will allow the ELI-Beamlines facility to undertake unprecedented research in areas as diverse as medical imaging, particle acceleration, homeland security and quantum physics, opening up applications in many areas of industry as well as cutting-edge academic research.

LLNL was chosen as the single preferred supplier as a result of its expertise in the research, development and engineering of sophisticated laser systems. This capability is the result of sustained investment in this area by the United States Department of Energy for the Laboratory's national security missions.

"We are proud and excited now to be working with LLNL, which is an internationally recognized center of excellence in high performance lasers," said Dr. Jan Ridky, the director of the Institute of Physics of the Academy of Sciences of the Czech Republic. "LLNL was selected by the ELI Beamlines project through a rigorous evaluation process and will develop a world-leading laser system that will be at the heart of the ELI Beamlines user facility. It is evidence that ELI is a European facility, but with a real global dimension. Placement of this contract is a significant milestone as we have now committed over half of the project budget, a tangible demonstration of our progress."

The design goal for the "High repetition-rate Advanced Petawatt Laser System" (HAPLS) calls for peak powers greater than one petawatt (10 15 watts, or 1,000,000,000,000,000 watts) at a repetition rate of 10 hertz, with each pulse lasting less than 30 femtoseconds, or 0.00000000000003 seconds. HAPLS combines sophisticated semiconductor diode laser technology with advanced optics, integrated control systems and techniques for managing the production of ultra-short pulses of light delivered at a repetition rate that is well-suited for the various applications planned for study at the facility.

Researchers from LLNL's NIF & Photon Science Directorate will work with scientists from the Czech Institute of Physics to design, develop, assemble and test the system at LLNL. After completion of qualification testing, the HAPLS will be transported to the ELI Beamlines facility in 2016, where it will be commissioned for use by the international scientific community.

"We are honored to have been selected to work with the ELI-Beamlines team on their journey to deliver this step-change in laser capability for the world," said Dr. Parney Albright, president of LLNS and director of LLNL. "This marks a new phase in the long-standing relationship between LLNL and the European laser community. It is an exciting time to be in the field of high-power lasers and their many applications to industry, academia and our mutual security."

The ELI-Beamlines facility represents an investment of nearly 7 billion Czech crowns (about $350 million) on behalf of the European Union and Czech Republic government. It forms part of the pan-European ELI project that includes construction of two other major new facilities: the ELI-ALPS facility, to be sited in Hungary, to investigate natural phenomena on ultra-short timescales (into the attosecond regime), and the ELI-NP facility, to be sited in Romania, to open up the new field of photonuclear physics.