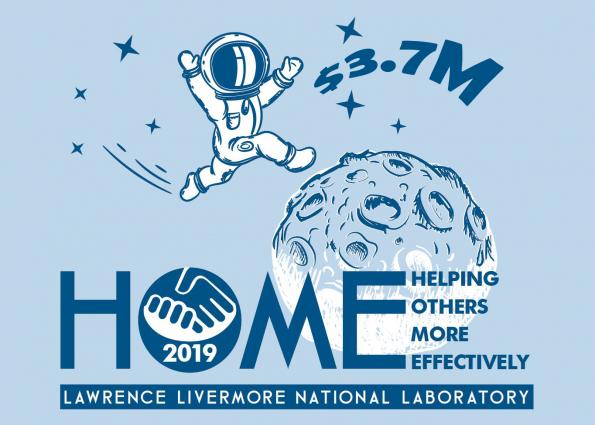 Through the HOME Campaign, now in its 44th year, Laboratory employees pledged $2,740,935 through payroll deduction, up $15,000 from last year. One hundred percent of the funds donated go directly to agencies that are selected by employees.

LLNS, which manages the Laboratory for the U.S. Department of Energy’s National Nuclear Security Administration, will add $1 million in prorated matching funds to augment employee donations, increasing the contribution value to more than $3.7 million.

“Laboratory employees have always been involved in bettering our local communities through volunteerism and charitable giving,” said Bill Goldstein, LLNS president and director of the Laboratory. “Their contributions through the HOME campaign continue to make a positive impact in our local and surrounding communities. I thank everyone for their contributions.”

Since 2009, the Lab's HOME Campaign, which runs October through December, has raised more than $3 million annually (including the annual LLNS $1 million match), with a total amount raised of nearly $40 million in the last decade.

The HOME Campaign is one of the Tri-Valley's most generous annual charity drives, and is a major community support activity for the Laboratory.